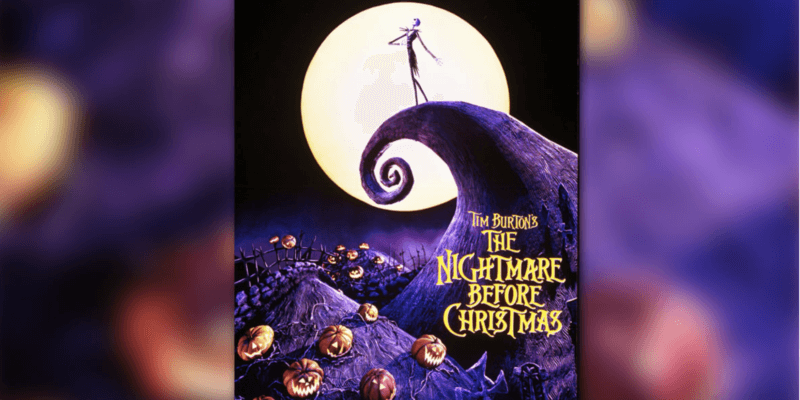 What makes a Christmas movie? And what makes a Halloween movie? Well, the former is a pretty self-explanatory genre, more so than that of Halloween, which tends to encompass a larger scope of films, including horror and all of its many subgenres.

Where Christmas movies are concerned, though, sometimes a film gets drawn into the is-it-a-Christmas-movie-or-not debate. Die Hard (1988) comes to mind, the iconic Bruce Willis-led ’80s film that takes place during the holidays, which at the same time is a violent, R-rated actioner.

Director John McTiernan, however, believes wholeheartedly that Die Hard is indeed a Christmas movie, but, of course, not everyone would agree. There are other examples, such as Ghostbusters II (1989), though that debate isn’t quite as strong or half as interesting.

Another that comes to mind is The Nightmare Before Christmas (1993), the stop-motion classic from director Henry Selick and producer Tim Burton that  turns 29 this year, which features the character Jack Skellington (Chris Sarandon), the Pumpkin King of Halloween Town.

What’s compelling about this argument is that, while it’s probably both a Christmas movie and a Halloween movie, some fans remain convinced that it’s more one than the other. The answer as to which one that might be is in the name, but now, director Henry Selick has finally broken his silence on the matter.

In an interview with Comicbook.com, Selick settled the ongoing debate, saying:

“At the very beginning, when Tim Burton came up with this original idea in the ’80s at Disney, when it was intended to be a half-hour TV special in stop-motion, at the very beginning, I saw it as a mashup, that it’s both. Then subsequently, when we actually made the film as a feature, I might have tended to answer one way, but I’ve arrived at the original feeling. It is a mashup. It is a perfect collision between those two holidays. So there’s no better answer than both. It is both, and it’s its own thing. It’s a great celebration of Halloween that can last all the way into Christmas.”

Related: Watch as Fan Turns Tree Into ‘The Nightmare Before Christmas’ Scene

Selick’s views on the film are likely shared by countless fans — The Nightmare Before Christmas does feel very much like a perfect “mashup” of both seasons. And why wouldn’t it? After all, its premise revolves around both of them in equal parts, and though the title has “Christmas” in it, the star of the movie is a walking, talking skeleton.

As per the official Disney+ website, here’s the synopsis for The Nightmare Before Christmas:

Enter an extraordinary world filled with magic and wonder, where every holiday has its own special land. This is the heartfelt tale of Jack Skellington, the Pumpkin King of Halloween Town and all things that go bump in the night. Bored with the same old tricks and treats, he yearns for something more, and soon stumbles upon the glorious magic of Christmas Town. When Jack decides to bring this joyful holiday back to Halloween Town, his dreams to fill Santa’s shoes unravels, and it’s up to Sally, the ragdoll who loves him, to stich things together again.

The Nightmare Before Christmas is now streaming on Disney+.

Will you be watching The Nightmare Before Christmas this Halloween, or will you wait until Christmas? Or both? Let us know in the comments down below!