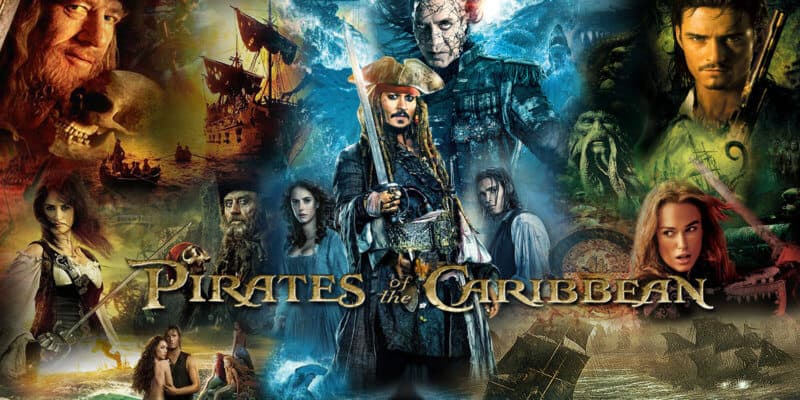 It appears Disney fans just might get a sixth installment of the Pirates of the Caribbean franchise after all. The news comes from series actor Lee Arenberg who said that Disney is “definitely talking about” doing another movie.

“They’re definitely talking about it, as far as I know,” Arenberg told Kendall Talks TV. Arenberg played the pirate Pintel, the short, stocky, goofy deckhand who — alongside his lanky, one-eyed best friend, Ragetti (played by Mackenzie Crook) — provided arguably much needed comic relief for Gore Verbinski’s original three films that had a deep and rather dark story.

Pintel and Ragetti did not appear in the last two Pirates movies, On Stranger Tides and Dead Men Tell No Tales, but Arenberg is, of course, up to reprise his role. Having two iconic side characters would also be a signal from Disney that the movies were getting back to what the films were before they set sail on stranger tides.

Before Dead Men Tell No Tales was released in 2017, there wasn’t any doubt that there would be a movie to follow it, despite it being the perfect title upon which to end the franchise. Director Joachim Rønning even described it as the beginning of the end. But the situation with lead actor Johnny Depp derailed that finale and the fifth film itself has been described by some to be two movies cut down into one.

There have been several reports and rumors surrounding the would-be final swashbuckling conclusion, including addition of Deadpool screenwriters Rhett Reese and Paul Wernick and the possibility of it being a reboot with Zac Efron taking over the role of Captain Jack Sparrow.

It has been three years since Disney fans last saw pirates on the silver screen. It ended with the supposed final death of Captain Barbossa, and the all-encompassing nullification of all curses. It will be interesting to see what new stories are unveiled for the final chapter of one of Disney’s most popular and iconic franchises.

Disney’s Pirates of the Caribbean began in 2003 with the release of The Curse of the Black Pearl. Produced by Jerry Bruckheimer, it introduced the world to Johnny Depp as Jack Sparrow and featured a star-studded cast that included Geoffrey Rush as Hector Barbossa, Orlando Bloom as Will Turner, and Keira Knightley as the turned-female pirate Elizabeth Swann. Its sequel, Dead Man’s Chest would recruit actor Bill Nighy to portray the nautical legend Davy Jones.

What do you think about one more Pirates of the Caribbean movie? Are you excited? Would you like to see Johnny Depp return as Captain Jack Sparrow? Let us know in the comments!