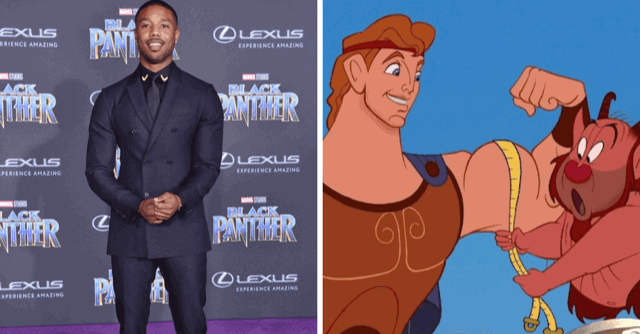 The famed Russo brothers are developing a live-action Hercules film! The project is still in very early stages of development. However, fans are curious to see who will end up playing these iconic roles.

The animated Hercules film was released in 1997 and now fans of the original are looking forward to a live action adaptation of this Greek Disney classic. The original film including show-stopping music from muses and a heroic ballad. With the hopes of this live-action version remaining a musical, it begs the question — who’s voices could fill these roles?

Disney fans are extremely curious of who would play the title lead role of the demigod himself, Hercules. According to PopTimesUK, fans are calling for Black Panther‘s Michael B. Jordan to play Hercules. Fans have also come up with a dream cast to fill the remaining roles. This is what fans are hoping for the live-action Hercules cast:

When Can Fans Expect the Live-Action Hercules?

As we stated, the live-action Hercules film will be directed by Joe and Anthony Russo who brought us Marvel’s Avengers: Endgame. This keeps fans hopeful for Hercules to be both epic and deliver on the comedic side as well. There is currently no release date for this film as it is still in its early stages of development and due to setbacks during the global pandemic. Hopefully, fans can look forward to one or more of these actors to be involved in the live-action remake.

Who would you love to see in these roles? Let us know in the comments!