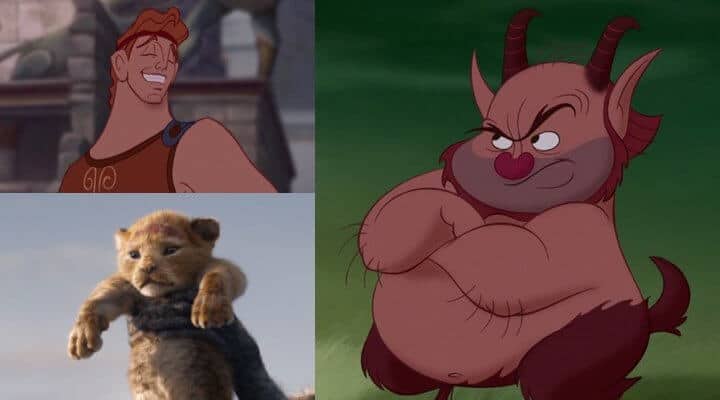 Disclaimer: This article is just an opinion. We all love Disney and we all prefer some films to others! You can absolutely feel free to disagree, let’s just get a fun debate going!

This week was big for Disney live-action remakes. The long-rumored Hercules remake was officially announced and the internet went mad with speculation; actor Alexander Skarsgard might be in the lead role (sorry Chris Pratt). Danny Devito should return as Phil. Ariana Grande should be Megara. It was a fun ole’ time.

But Mister Grumpy over here wasn’t happy. Mister Grumpy, who complained when The Lion King became the best performing remake of all time. The guy who sighed at Beauty and The Beast for being almost a shot-for-shot remake, while what wasn’t in the original film didn’t hugely work.

So, I put it to you dear reader. Hercules should be the final Disney live-action remake. It’s laughable to suggest that hidden gems like Atlantis and Treasure Planet might eventually get a live-action remake. Classic animated Disney movies that really could do with an update like Cinderella, Dumbo, and The Jungle Book are one thing. But right now, the Mouse seems focused on live-action remakes of the renaissance film era.

Hercules is the prime example of the Disney live-action remake problem, in my humble opinion. Why are we remaking movies from twenty or so years ago with barely any changes? If the Disney live-action film remake ethos was to take the very old animated classics and give characters like Snow White and Cinderella a shot in the modern world, then sure. That’s perfect. But do we really need to see a hero like Simba in what’s pretty much a shot for shot remake of the animated original film, just for the sake of 3D animation?

Heck, I’ll admit that I love every Disney movie. Even shot for shot Disney remakes like The Lion King are still awesome cinematic experiences. But why not focus on those that could really do with the extra attention or those that have plots that could look even more sensational in live-action? Movies like Hunchback of Notre Dame (yes its renaissance, but it’s still niche) or even a super obscure film like The Black Cauldron!

That film took a tonne of flack; so why not correct the sins of the past instead of trying to fix perfection?

As is the current situation; I’m sure they’ll do a great job of Hercules, the muses, Mount Olympus, and bringing this story of Greek Mythology to life. But if we’re not going to give an old animated film a chance to shine, maybe we should stop the live-action remakes. At least until these movies have had another ten years or so to age. Like a fine wine.

So roll on Hercules. And roll on James Woods for a live-action Hades. He’s the ultimate bad guy, and just like DeVito, should not be replaced. If they’re going to do it. Let’s do it right.

What do you think of Disney live-action remakes? Do you like them? Do you think like me that only some Disney animated classics should be remade into live-action? Whatever your thoughts, comment below, and let’s have a great, civil conversation!