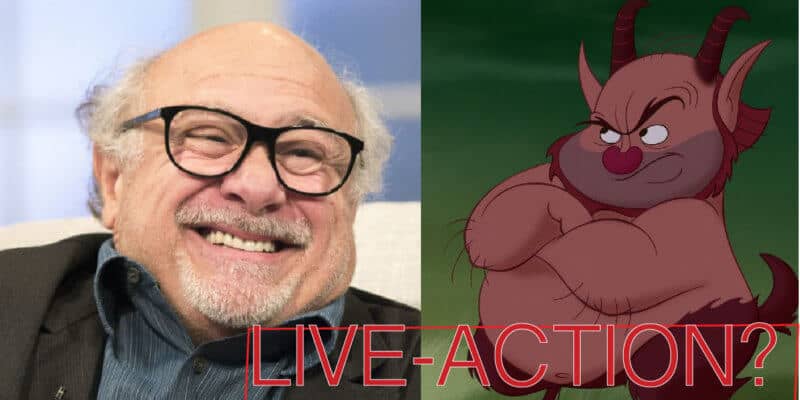 UPDATE: It has now been CONFIRMED that Joe and Anthony Russo will be producing a live-action Hercules remake!

There have been multiple reports of Disney discussing the production of a Hercules live-action remake, and with that, fans are already taking to social media to declare who they believe should star in the film. Many are calling for pop stars like Harry Styles, Ariana Grande and Lizzo to appear in the film, but the resounding answer for most fans currently is one actor: Danny DeVito!

The award-winning actor gave an iconic performance as Phil in Disney’s Hercules (1997). DeVito truly captured the brusque, cranky Satyr (half mortal half goat) in the animated movie with a performance that has stuck with audiences so much that 23 years later, DeVito’s name was trending by thousands on Twitter with fans adamant that he should reprise his role. Check out what they had to say:

If Danny Devito isn't in the cast, then there is literally no point to watch this. https://t.co/lPic6ZOgfT

IF @DannyDeVito ISN'T PLAYING PHIL WE BOYCOTT THIS MOVIE https://t.co/hYoFjGH14P

It goes without saying that DeVito has the experience and ability to nail the role; recently, he starred in the 2019 remake of Dumbo and has performed countless iconic roles for both voiceovers and live-action during his acting career.

Casting for the rumored live-acting movie is still completely unknown, but it has been confirmed that the Russo brothers will be producing the live-action remake! Fans are speculating on who they believe should play each character, from Mount Olympus and the demigod hero Hercules to the evil god of the Underworld, Hades. Fans had recently even started a petition to get Ariana Grande to star as Megara in the film!

Until we get more details, we can hope that the Russo brothers will give the fans what they want, and do the original film and story justice!

Who would you want to be cast in a live-action remake of Hercules? Do you think they would have the ability to sing your favorite song from the original justice? Let us know in the comments below!

Comments Off on Fans Rally for Danny DeVito to Star in Live-Action Hercules Remake!