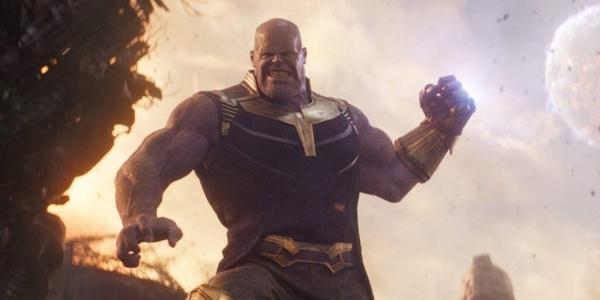 When Thanos (Josh Brolin) finally found all six Infinity Stones and slipped on the elusive Infinity Gauntlet in Disney’s Marvel’s Infinity War, he wielded the power to destroy the universe (which he did). However, recent studies performed by a Georgia Institute of Technology researcher might show Thanos’s biggest enemy was not Iron Man’s repulsor blasts or Spider-Man’s web shooters, but that it was actually friction.

“I was like, no way can that Thanos snap with that Infinity Gauntlet…I bet, like, the softness of our skin has something to do with it”

Bhamla actually went so far as to conduct a study on finger-snapping in which he proposed an in-depth examination of how snapping your fingers actually works. In the study, participants attempted to snap with lotion, gloves, and all sorts of other hindrances to their skin’s friction. They even equipped their hands with sensors to capture the sounds. The simple result was that it was really hard to snap without any friction.

If only Captain America (Chris Evans) had considered the laws of physics while fighting Thanos, we might have been able to watch the Avengers defeat him without waiting for Avengers: Endgame (2019).

Bhama explained that the physics behind snapping might surprise you, saying:

“If I snap my fingers, the sound is originating when your finger actually slams into the fleshy part of your thumb or your hand. The angular accelerations are about 1.6 million degrees per second squared.”

This figure means that when you snap your fingers, you’re moving about 20 times faster than the blink of an eye!

In Avengers: Endgame, Thanos makes himself an overwhelming threat to Doctor Steven Strange (Benedict Cumberbatch), Peter Parker/Spider-Man (Tom Holland) and the rest of our heroic Avengers. However, if the laws of our real-world physics applied to Thanos’s big purple fingers, maybe you won’t need a life-size Iron Man to help stop him from snapping half of the universe away. Maybe Thanos’s biggest threat wasn’t Tony Stark after all!

The epic conclusion to the Infinity Saga that became a critically acclaimed worldwide phenomenon, this dramatic showdown pits the Avengers against Thanos [Josh Brolin]. After devastating events wiped out half the world’s population and fractured their ranks, the remaining heroes struggle to move forward. But they must come together to restore order and harmony in the universe and bring their loved ones back.

Were you surprised with how snapping your fingers works? How would you take on Thanos?