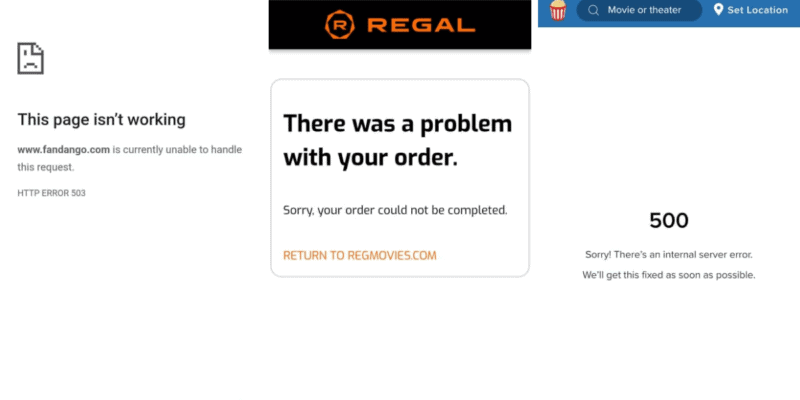 It’s THE hot Marvel Studios ticket this festive season, with Spider-Man: No Way Home (2021) having as much anticipation among fans as Avengers: Endgame (2019).

Now it seems the anxious wait to see if Tobey Maguire and Andrew Garfield will make an appearance in the upcoming MCU movie has left the movie crashing ticket sites worldwide.

Every Marvel fan is ready to see the Sinister Six from Marvel Comics make their live-action Marvel Universe debut in No Way Home and take on Tom Holland’s web-slinging Avenger, but now it seems some MCU fans won’t be lucky enough to see the movie on opening night.

The official trailer for Jon Watts’ No Way Home broke the internet last week, with the third installment of Tom Holland’s Spider-Man movie saga looking to be a dramatic and franchise-changing addition to the MCU timeline.

Tickets for Spider-Man: No Way Home were released at 12:01 a.m. EST on November 29, and numerous fans were left lamenting their inability to secure tickets.

Movie ticket sites such as AMC, Fandago, Cinemark, Regal, and Flixter were all down for over 45 minutes once tickets for Spider-Man: No Way Home dropped online.

Inside the Magic was trying to get tickets for the opening day of the movie from midnight and kept running into the same pages claiming there “was a problem” with our order or the site was down.

Marvel fans across the world were running into the same issues, with social media rife with complaints. One Twitter user, SmokeBro, found the amusing side with a clever pun on the movie’s title:

Spider-Man: No Way To Get These Damn Movie Tickets

Spider-Man: No Way To Get These Damn Movie Tickets

Another user, Seth Jacob Garrett, tried to use two different channels to secure tickets, with no success:

Went to go get tickets to see Spider-Man on AMC’s App/Website. Both are down. This movie has insane hype

Went to go get tickets to see Spider-Man on AMC’s App/Website. Both are down. This movie has insane hype

CandyCane Calee attempted to buy tickets for the Tom Holland movie from Regal Cinemas, and exclaimed her desperation:

While Carter Alderman compared the fiasco to 2019 when MCU fans met the same scenario trying to get Avengers: Endgame tickets:

I'm getting Endgame flashbacks trying to get these Spider-Man tickets

Were you able to snag tickets for Spider-Man: No Way Home? Let us know!