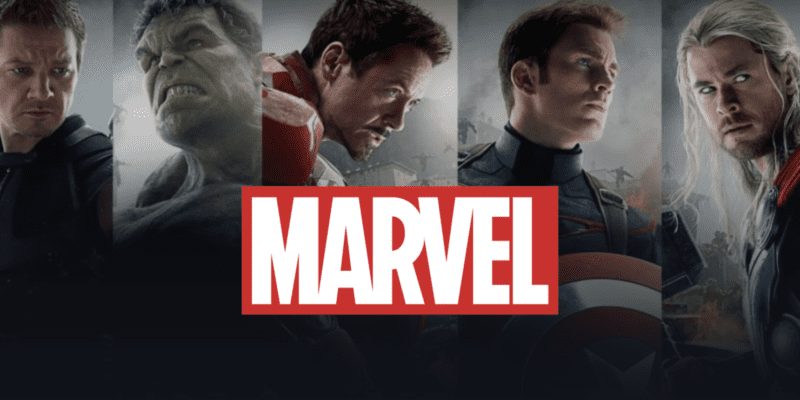 The hub. The moment. The place to be. Disney+.

Here is your complete guide to Marvel on the hugely popular streaming service.

The Marvel Cinematic Universe on Disney+

What MCU movies and TV shows are on Disney+ so far?

Disney+ is the official home of the MCU. Ever since The Walt Disney Company acquired Marvel Entertainment in August 2009, Marvel has inexplicably become one of the biggest cinema franchises in the world. With the debut of Disney+ in November 2019, the MCU could be streamed directly into people’s homes with every movie so far (aside from a handful of exceptions) available for Marvel fans to enjoy.

You can see all Phase One, Two, and Three movies down below — these are all featured on Disney+.

Earlier this year, Sony signed a deal with Netflix to bring their Spider-Man movies to the popular streamer with Disney then gaining the right to stream the 2022 release slate from 2023. This will include other Sony’s Spider-Man Universe movies like Tom Hardy’s Venom (2018).

There have been two movies released so far in the MCU’s Phase Four. Kevin Feige’s superhero studio has delivered Cate Shortland’s Black Widow (2021) and Destin Daniel Cretton’s Shang-Chi and the Legend of the Ten Rings (2021). Scarlett Johansson returned as the eponymous Avenger and former Red Room assassin in the action-thriller that debuted simultaneously in theaters and on Disney+ — a move that resulted in a rather controversial lawsuit.

Shang-Chi was released exclusively in theaters and went to smash Labor Day box office records as well as cementing itself as one of the highest-grossing pandemic era movies. The Master of Kung Fu will debut on Disney+ on November 12 AKA Disney+ Day. The move by Shang-Chi has caused a ripple effect for Disney and Marvel Studios with all future releases getting at least a 45-day exclusive theater release before moving to streaming.

Here are the official descriptions of Black Widow and Shang-Chi and the Legend of the Ten Rings:

What TV shows are coming to Disney+ in the future?

Why does Marvel operate in Phases?

Marvel Studios have successfully built a huge interconnected universe where each film, and now television show, exists within the same shared world. The studio’s choice to operate in Phases allows Marvel to structure their ever-expanding franchise in a way that tackles certain themes, events, and featured characters. A prime example of this is how Marvel’s Phase One introduced each of the Avengers in turn through starring and supporting roles before culminating in Joss Whedon’s The Avengers (2012).

Despite the epic Avengers finale, Phase Three actually ended with Tom Holland’s sophomore solo Marvel movie, Spider-Man: Far From Home. The second Spidey adventure acted as almost an epilogue for Avengers: Endgame while also propelling both the Spider-Man franchise and the MCU into the next chapter.

Is there a Phase Five?

Marvel’s Phase Four might be extremely packed but that hasn’t stopped Feige’s studio from already announcing more projects that could possibly show up in the next Phase — Phase Five. It must be noted that these films have not been confirmed as appearing in Phase Five, but their release dates, as well as the recently released Marvel Studios sizzle reel featuring Phase Four’s projects, signposts that these yet to be revealed movies most likely will be in the MCU’s Phase Five. So what’s been announced so far?

Marvel fans know that a Blade reboot movie is coming to the MCU from director Bassam Tariq and writer Stacy Osei-Kuffour, and starring Oscar-winner Mahershala Ali as the titular vampire hunter. From there, Marvel has revealed that Ryan Reynolds’ Wade Wilson MCU debut will come in the form of a new Deadpool movie, with a mutant-centric (X-Men) movie joining Blade and Deadpool, as well as a Captain America 4 project from The Falcon and the Winter Soldier creator, Malcolm Spellman, and starring Sam Wilson/Falcon/Captain America star, Anthony Mackie. New characters may also be put together as the Young Avengers.

What is Marvel Legacy?

Upon the acquisition of 20th Century Fox (now, 20th Century Studios) Disney also became the home of the many Marvel projects the studio had produced prior including franchises like X-Men and Fantastic Four. In order to keep viewers clear on the many Marvel options now on the streaming service, Disney renamed these older projects as Marvel Legacy.

Notably, the new selection on Disney+ also seemed to rework some of the television shows Marvel fans once considered part of the greater MCU timeline such as Agents of S.H.I.E.L.D and Agent Carter, whose existence is still somewhat questionable. However, much like Star Wars Legends, just how much this changes over the next few years as Marvel further explores the Multiverse remains to be seen.

What films and TV shows are considered Marvel Legacy?

Even though sequels like Fantastic Four: Rise of the Silver Surfer are on Disney+, the first film in Fox’s Fantastic Four series is currently not on the streaming service due to previous contractual agreements.

In terms of TV shows, Marvel Legacy includes animation like Spider-Man, Spider-Woman, X-Men, and The Incredible Hulk. However, popular shows like Netflix’s Daredevil, Hulu’s Runaways and M.O.D.O.K, and other pre-Disney+ television outings, are still neither confirmed as being part of the MCU or not, casting further confusion for Marvel fans.

Marvel documentaries and specials on Disney+

What are Marvel Studios ASSEMBLED and LEGENDS?

To further enhance the MCU experience on Disney+, Marvel Studios, like Star Wars, has released companion documentaries like ASSEMBLED and Marvel refresher series LEGENDS. You can see the official descriptions here:

As the Marvel Cinematic Universe continues to expand, Marvel Studios LEGENDS celebrates and codifies what has come before. Revisit the epic heroes, villains, and moments from across the MCU in the preparation for the highly anticipated stories still to come. Each dynamic segment feeds directly into the upcoming series premiering on Disney+ — setting the stage for future events. Marvel Studios LEGENDS weaves together the many thread that constitute the unparalleled MARVEL CINEMATIC UNIVERSE.

ASSEMBLED is a comprehensive series of documentary-style specials streaming on Disney+ that chronicles the creation of MArvel Studios’ thrilling new shows and theatrical releases. Journey behind-the-scenes of productions such as WandaVision, The Falcon and the Winter Soldier, and Loki via exclusive on-set footage. Join filmmakers and stars like Scarlett Johansson and Jeremy Renner as they detail the genesis of the Black Widow film, and the Hawkeye series. ASSEMBLED is an immersive, and in-depth examination of the next phase of the Marvel Cinematic Universe.

What is your favorite Marvel project on Disney+? Let us know in the comments down below!