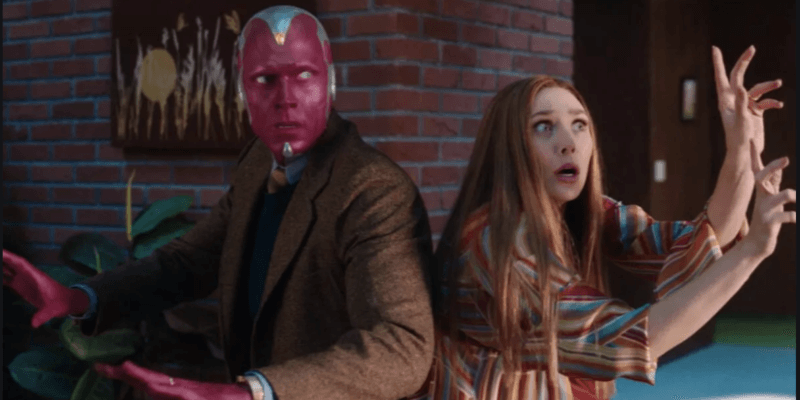 It may seem like a long time ago since WandaVision aired on Disney+ but the Marvel television series, which also marked a huge step forward for Kevin Feige’s Marvel Cinematic Universe, has just received an outpouring of love.

Alongside its small-screen successor The Falcon and the Winter Soldier, Marvel’s shows have been showered with praise from the Television Academy, scoring a whopping 28 Emmy nominations between them.

WandaVision launched Phase 4 of the MCU, replacing Cate Shortland’s Black Widow (2021) as the first project since the climactic Infinity Saga ended with Spider-Man: Far From Home (2019). Created by Jac Schaeffer and directed by Matt Shakman, WandaVision reunited Elizabeth Olsen’s Wanda Maximoff and Paul Bettany’s Vision in an unusual sitcom-style production detailing how Wanda dealt with the tragic death of Vision at the hands of Thanos (Josh Brolin), and her rise to becoming the Scarlet Witch.

While telling a very specific story, WandaVision has ties to the greater Marvel Universe with appearances from Thor‘s (2011) Darcy Lewis (Kat Dennings), and Ant-Man‘s (2015) Jimmy Woo (Randall Park), while also setting up future projects with characters like Monica Rambeau (Teyonah Parris). The actress is set to star alongside Brie Larson (Captain Marvel) and Iman Vellani (Ms. Marvel) in next year’s The Marvels (2022).

With such a stellar cast and a wholly originally mode of storytelling at least in Marvel terms, it is no surprise that WandaVision has hit big at the 2021 Emmy’s with 23 nominations, coming second in terms of nominations behind The Crown and fellow Disney+ show, The Mandalorian, who both have 24 nominations.

Shortly after WandaVision finished with that devastatingly emotional finale, Malcolm Spellman’s The Falcon and the Winter Soldier arrived onto the Disney streamer and smashed the streaming records set by Marvel’s first Disney+ show.

Following Anthony Mackie’s Sam Wilson AKA Falcon and Sebastian Stan’s Bucky Barnes AKA Winter Soldier, Spellman’s series delved deep into the history of the Captain America mantle and ultimately set up a new star-spangled hero for the MCU. The Falcon and the Winter Soldier scored five nominations at the 2021 Emmy’s with the only acting nod going to Don Cheadle’s Colonel James Rhodes/War Machine in the Guest Actor In a Drama Series category, despite a big Emmys push for most of its cast.

With Loki now making huge waves in the Marvel fandom as well as numerous new characters making appearances in the MCU, Disney’s and Marvel’s success at this year’s Emmys is a sure sign that things are looking promising for television awards nods for many years to come.

Feige’s MCU is a force to be reckoned with and if you can’t wait for more of Olsen’s Wanda, the fan-favorite Avenger will appear in the upcoming Marvel movie, Doctor Strange in the Multiverse of Madness (2022).

What do you think of Marvel’s Emmy nominations? Let us know in the comments!