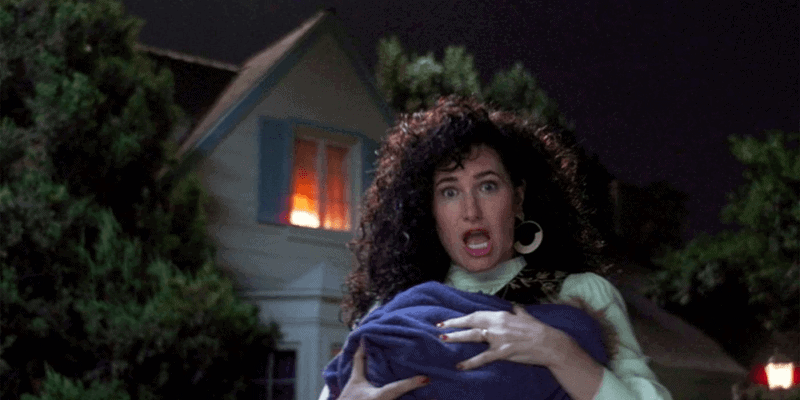 Wandavision wasn’t only acclaimed for bringing a deeper story to the Scarlet Witch and being an innovative first chapter in the Disney+ landscape. It was also praised for allowing Elizabeth Olsen the chance to truly show off the talent many MCU fans hadn’t been able to see throughout her years as Wanda Maximoff.

Olsen’s performance was so memorable, it got many talking about the fact that Marvel could see an entry in the Emmys for the first time. And, it was clear Olsen loved being a part of the show, even though the experience, especially filming in the time of COVID, was a little stressful.

“I loved so many experiences, and at the same time, it’s like a blur. Like this whole experience was so fast. There’s so many moments that were a blur,” she told EW’s Awardist podcast in an interview. In the same interview, Olsen shared her favorite memory from filming—and to no one’s surprise, it involved Sparky, the family’s beloved pet dog that met his untimely death. (Because it was Agatha all along!)

“My favorite moment was filming a scene with the kids, Julian [Billy] and Jett [Tommy.] And then the dog is dead, Kathyrn [Hahn] has the dog, and I’m telling them they can’t escape death. And Julian, at the end of it, looked at me, and he said, ‘That was the best I’ve ever been. Oh my God, that was so good!’ And the camera wasn’t on him. It was on the other kid. And I didn’t have the heart to tell him. And I really do think that – in that moment – oh my God what confidence. And I think that to me that gave me so much joy that I think about it all the time.”

Just like the protective mother that Wanda became in the series, it was clear that Olsen was supportive and encouraging to her young co-stars. But it’s clear that everyone on the show gave 110%, and that was reflected in how much everyone enjoyed watching the zany and sometimes emotional sitcom world that Wanda created.

If only Sparky had lived…

What was your favorite scene from WandaVision?

Comments Off on Elizabeth Olsen Recalls Her Favorite ‘WandaVision’ Memory