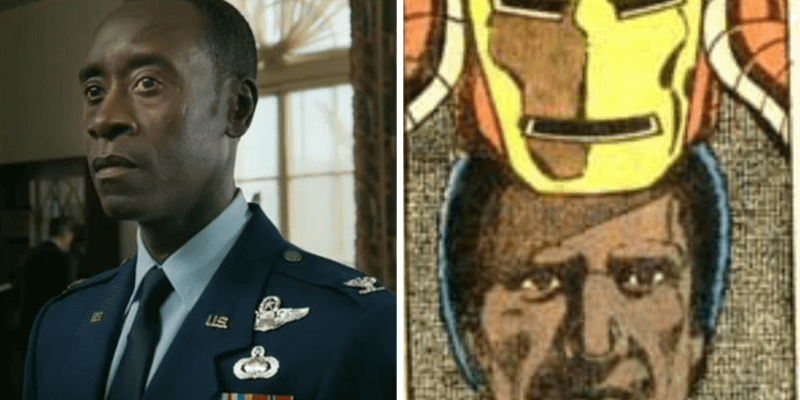 It’s safe to say that last week’s Disney Investor Day announcements proved it is an excellent time to be a Marvel fan. One title that went slightly under the radar, however, is Armor Wars.

The new show will see Don Cheadle reprise his role as James Rhodes / War Machine in a story that’s heavy on tech and focuses on a world without Tony Stark in the same way that The Falcon and the Winter Soldier will focus on a world without Steve Rogers.

But that begs the question; could we see Rhodey take over as Earth’s new Iron Man, like how Sam Wilson has become Captain America?

What is Armor Wars?

The new series is a Disney+ original that was announced at the Disney Investor Day, among many others. Like WandaVision and Loki, it will see a movie veteran star in their own show that will tie into the wider Marvel Cinematic Universe.

However, unlike many other shows, we don’t know a whole lot about Armor Wars. Kevin Feige described it as being “about Tony Stark’s worst fear coming true: it’s what happens when his tech falls into the wrong hands.”

Indeed, it seems that the shadow of Tony Stark will hang over several shows, including Ironheart, another recently announced Disney+ original. It’s thought that Armor Wars may pick up on plot points from Iron Man 2 and fans are hopeful for the return of Sam Rockwell’s Justin Hammer.

So why will Rhodey become Iron Man?

James Rhodes hanging up his War Machine armor to become Iron Man is not new to Marvel Comics. He’s donned the armor several times, such as in Iron Man #170, when Tony Stark’s alcoholism was making him ill-fit for the job.

However, the existence of the new Marvel Studios series Ironheart complicates things. Riri Williams is the Ironheart of the comics, and if she’s around in the MCU, there’s not a great deal of need for Rhodes to become Iron Man.

It COULD be that Rhodey temporarily becomes Iron Man as a government PR move. This would be similar to how US Agent / John Walker will become Captain America in The Falcon and The Winter Soldier, and how Rhodes himself took on the mantle of Iron Patriot in Iron Man 3.

However, with Riri on the scene, it seems likely that Rhodey will stick as War Machine.

And hey, we fans love Don Cheadle just the way he is.

Other news that came out of the Disney Investor Day includes the revelation that the role of Black Panther will not be recast in light of the passing of Chadwick Boseman. For Star Wars, ten shows were announced and Hayden Christensen will once again play Darth Vader. After interacting with Din Djarin and Baby Yoda, Ahsoka will also get her own spinoff series. Find out about all this, Captain Marvel 2, Moon Knight, and more with our round-up.