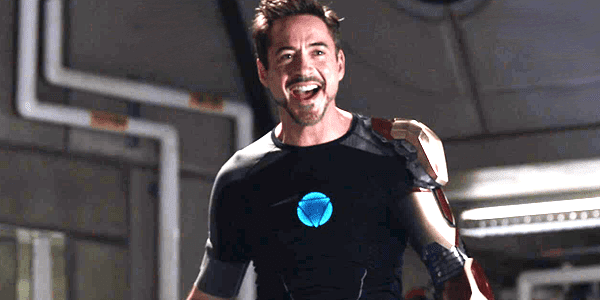 With all of this extra time we have at home and as the movie industry is in a bit of a hiatus, people have had time to think back to what came before.

Specifically, there’s been a lot of chatter online today about which Marvel Cinematic Universe movie is the worst of the bunch. Even more specifically, the question of which is worse, Thor The Dark World or Iron Man 3 has reared its head and is now (amazingly) trending on Twitter. With that said, a huge portion of the tweets seem to be Iron Man 3 appreciation tweets, though there’s certainly some intense debate going on both ways!

Related: Did Marvel And Robert Downey Jr. Just Make A Deal For An MCU Return?

Thor : The Dark World is criminally underrated, and is most definitely not the worst MCU movie pic.twitter.com/DSaeRvsigp

Iron Man 3 was fucking good. Y'all are cowards. pic.twitter.com/Xk8QshDvQW

Why is the 2nd worst MCU movie trending? Iron Man 3 is dookie pic.twitter.com/eXYA4OIGu7

Now I love a healthy debate, but I’ve got to tell you; Iron Man 3 isn’t a dookie. It isn’t anywhere near a dookie. It’s far, far superior to the horrendously rushed Iron Man 2 and (getting ready for some hate), I think it’s even better than the first Iron Man. For my money, with the exception of Black Panther and Thor: Ragnarok, it’s the best solo movie in the Marvel Cinematic Universe. (That doesn’t include Guardians of the Galaxy or its criminally underrated sequel, in case you were wondering).

Now, let’s take a look at ten passionately delivered reasons for my argument;

So for my money, Iron Man 3 is far from the worst MCU movie; in fact, I’d have it in my top 5. And my once-controversial opinion seems to be shared by quite a few of you out there, which makes me very happy and less alone.

iron man 3 is a better christmas movie than harry potter

Iron Man 3 is much better than people give it credit. https://t.co/hjIOXsWYoe

everyone talking about iron man 3 means i get to remind y’all of this scene portraying tony’s mental health struggles and that even superheroes struggle sometimes with being okay ? pic.twitter.com/GJ57v4GsAb

Where do you stand on Iron Man 3, Thor The Dark World, or the rest of the MCU? Personally, Iron Man 2 is my least favorite, but I love em’ all. Now the Incredible Hulk? That’s a story for another day. Let us know your thoughts in the comments below.