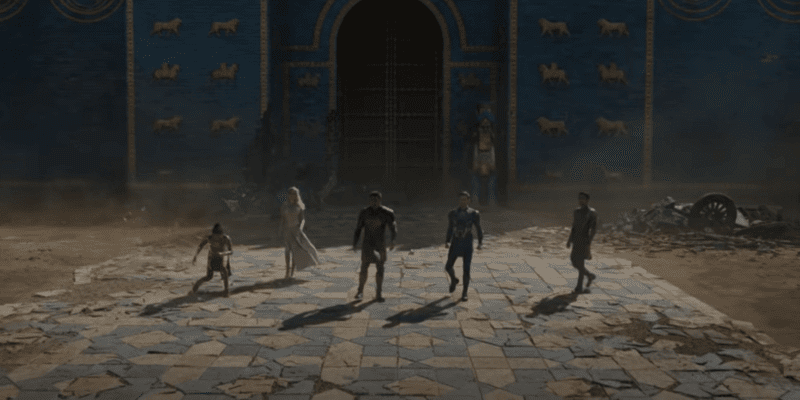 Amid the COVID-19 pandemic, The Walt Disney Company’s family of brands — including Walt Disney Animation Studios, Marvel Studios, and Lucasfilm (Star Wars) — had to alter its film release strategy to include both straight-to-streaming movies and projects that debuted simultaneously in theaters and on the Disney+ Premier Access tier.

Related: Production Details Suggest ‘Mandalorian’ Season 3 Is STILL Over a Year Away

Marvel’s Shang-Chi and the Legend of the Ten Rings followed suit, with a 45-day exclusive theatrical run beginning on September 3, 2021.

Now, The Walt Disney Company has confirmed that all remaining 2021 movies will go straight to theaters for a minimum of 45 days, with the exception of Encanto, which will stream for free on Christmas Eve, December 24, 2021. Per the official announcement:

Disney’s other scheduled releases will have a minimum 45-day exclusive theatrical release, including:

“Following the tremendous box office success of our summer films which included five of the top eight domestic releases of the year, we are excited to update our theatrical plans for the remainder of 2021,” said Kareem Daniel, Chairman, Disney Media & Entertainment Distribution. “As confidence in moviegoing continues to improve, we look forward to entertaining audiences in theaters, while maintaining the flexibility to give our Disney+ subscribers the gift of Encanto this holiday season.”

This is an interesting move, given Walt Disney Company CEO Bob Chapek’s comments about maintaining a “flexible” strategy in regard to film releases and having multiple paths — exclusively in theaters, exclusively on Disney+, or a simultaneous release — available for various projects.

What do you think about Disney’s surprising movie announcement?