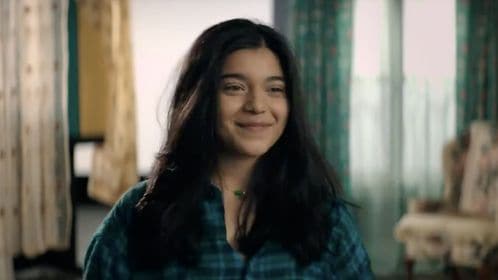 There’s good news for Kamala Khan: Variety has confirmed that Ms. Marvel has finished filming its six-episode series. And while we don’t have a set date for the Disney+ show yet other than “2021,” Ms. Marvel is probably on track to stay on schedule when it comes to Phase 4.

While most of Ms. Marvel filmed in Atlanta, Georgia, a portion was also filmed in Thailand, which is currently dealing with its third wave of COVID-19. The city of Bangkok has been forced to take strict curfew measures that include closing schools, restaurants, and theaters. According to Variety, Ms. Marvel was able to continue filming after obtaining a waiver “as it was already observing strict anti-virus protocols” which included closed sets, mandatory masks and face shields, and COVID-19 testing.

Variety also reports that “the workflow in Thailand was also divided into three separate bubbles so that if an infection was found in one bubble, the entire show would not have to shut down, and production could continue at the remaining two.”

Ms. Marvel is based on the acclaimed 2014 comic series of the same name and tells the story of teenager Kamala Khan, a New Jersey teenager who obtains superpowers after an accident and becomes Marvel’s first Pakistani-American hero. Newcomer Iman Vellani has been tapped to play the titular hero. It’s safe to say that Kamala is poised to become a major player in the MCU, as she’s already been confirmed to join her role model Captain Marvel in The Marvels, which will debut November 11, 2022. So keeping her introduction on track for a 2021 release makes a lot of sense—and gives us a sigh of relief.

Marvel has made no secret about the fact that the pandemic meant a shifting schedule. And when you have a slate of content so interconnected that each release is built on top of one another and intertwined in a way that makes it hard to move around, it can be tricky trying to figure out how to move forward. Although things ultimately ended up working out with WandaVision being the first entry of Phase 4 followed by The Falcon and the Winter Soldier, there were prominent issues that came with the scheduling change — like characters or plots that were cut due to timing, or cameos that were supposed to have already happened in prior films.

This is why it’s good that we know we can look forward to seeing Ms. Marvel hopefully in fall 2021 or, at the latest, early 2022. With Phase 4 truly kicking off for the first time thanks to WandaVision, Falcon and the Winter Soldier, and Black Widow, it looks like Marvel can finally start putting its foot on the gas when it comes to pumping out content again and everything will roll out a little more smoothly—or at least as smoothly as anything can in a post-pandemic world.

For now, below you can take a look at a graphic of the timeline for MCU Phase 4:

Are you excited for Ms. Marvel? Let us know!

Comments Off on MCU Phase 4 Is on Track: ‘Ms. Marvel’ Wraps Filming