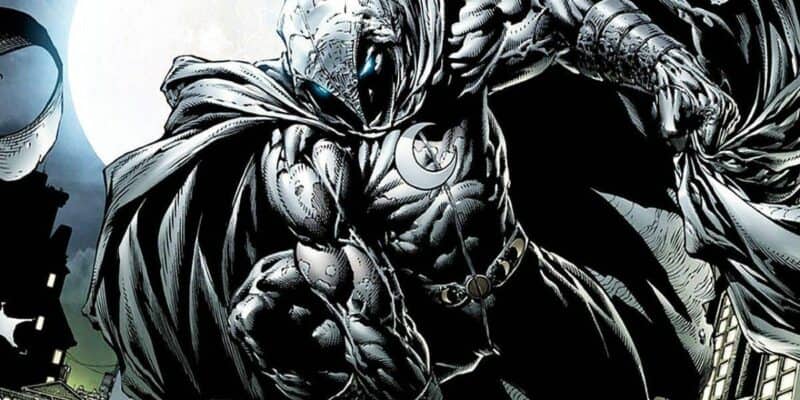 Fans were quick to point out in the Moon Knight trailer that some boxes in the trailer had the name, “von D” (image below has the name in the top right behind the seat) with the rest of the name covered up making fans assume that Victor von Doom (Dr. Doom) would be returning to the screen sooner than expected. Oscar Isaac, a Star Wars alum stars in the upcoming Disney+ show which saw its trailer released last week.

Moon Knight is set around Steven Grant, a gift shop clerk who can’t sleep and struggles with Dissociate Identity Disorder as his other personalities take over. One of them is Marc Spector who is a mercenary and leaves himself unconscious in dangerous situations. On top of that, Steven/Marc deal with Egyptian Gods which leads to them also becoming Moon Knight, a vigilante who doesn’t mind getting his hands dirty. Here is Marvel’s description of Moon Knight:

Marvel President Kevin Feige already had revealed the Fantastic Four logo during the Disney+ showcase in 2020 letting fans know that the beloved Marvel family would be returning to the big screen. A common antagonist for the Fantastic Four is of course Dr. Doom, but Moon Knight has had his own fair share of conflicts with the powerful villain. Due to shows like Loki revealing He Who Remains/Kang the Conqueror (Jonathan Majors)  and Hawkeye bringing Vincent D’Onofrio to reprise his role as Daredevil’s Wilson Fisk/Kingpin, it wouldn’t have been a surprise if the Marvel Cinematic Universe continued the trend.

People have looked closely and slowed down the frames, revealing that the boxes in the trailer were actually labeled, “von Darrelson” and don’t mean anything which is good because it would have been strange for Dr. Doom to have possibly pastry boxes (what looks like a cupcake can be spotted on top of a crumpled box) be a major connection for his return.  Of course, Dr. Doom could appear in this show, but it won’t be due to some boxes with his name on them.

The show’s synopsis is:

Do you think Dr. Doom will appear in Moon Knight? Let us know in the comment below.