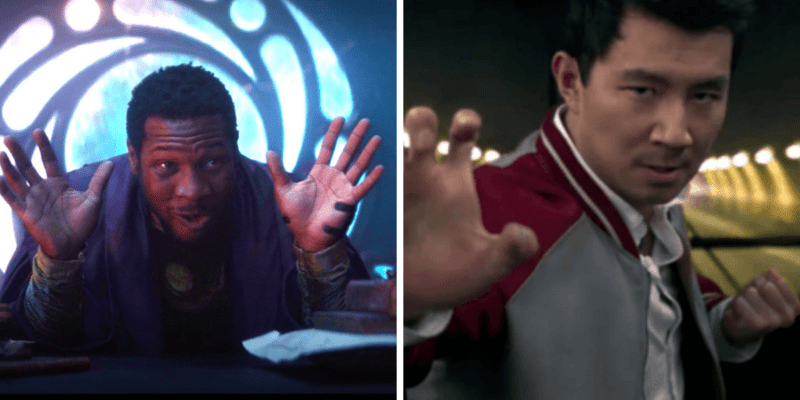 Marvel Studios is known for its comedic moments and character quips throughout its highly-successful MCU franchise.

From Thor and Loki’s “Get help” game in Thor: Ragnarok (2017) to Drax’s famous line “Why is Gamora?” in Avengers: Infinity War (2018) (and, of course, any line from Taika Waititi’s Korg) the MCU features multiple laugh-out-loud scenes.

Now, Marvel fans are in for a treat on Saturday Night Live, as both Kang the Conqueror and Shang-Chi actors will be appearing on the comedy sketch show.

SNL has featured many Disney special guests and Disney-related skits in its time, with recent ones mocking ‘Baby Yoda’, Lightning McQueen, and the Disney+ television hit Wandavision.

It has now been revealed by Variety that Jonathan Majors and Simu Liu are both set to make their hosting debuts on Saturday Night Live.

Variety revealed that both Marvel Studios actors, from Loki and Shang-Chi and the Legend of the Ten Rings (2021), will be making their debuts on SNL this November:

Majors will host the long-running NBC sketch series on Nov. 13. He will next be seen in the Netflix film “The Harder They Fall.” He is known for his roles in films like “The Last Black Man in San Francisco” and the HBO series “Lovecraft Country.” He is set to appear as the villain Kang the Conqueror in the Marvel Cinematic Universe (MCU) after making his debut in the Disney Plus series “Loki.”

Majors will be joined by musical guest Taylor Swift. It will be Swift’s fifth time appearing on “SNL.” Her album, “RED (Taylor’s Version),” will be released on Nov. 12.

Liu will host the Nov. 20 episodes of the series. Liu most recently made his debut in the MCU in the blockbuster film “Shang-Chi and the Legend of the Ten Rings.” He is also known for starring in the CBC series “Kim’s Convenience.”

Not only do we get to see Simu Liu and Jonathan Majors take part in some satirical sketches, but also Taylor Swift’s fifth appearance on the NBC television series. Swift released an exclusive film to Disney+ last year, folklore: the long pond studio sessions.

It was previously announced that Succession star Kieran Culkin will host the November 6 episode of Saturday Night Live with Ed Sheeran as the musical guest. Sheeran’s appearance was in jeopardy after he tested positive for COVID-19, but he has been cleared to perform after quarantining.

It will be interesting to see what Marvel or Disney-related topics the two actors satirize on Saturday Night Live in their hosting debuts.

Jonathan Majors will be next seen in Marvel’s Ant-Man and the Wasp: Quantumania (2023), alongside Paul Rudd and Evangeline Lilly. The movie is set to be released July 28, 2023, and Rudd has already praised Majors’ performance in the Ant-Man sequel.

Are you excited to see Majors and Liu hosting Saturday Night Live? Let us know in the comments!