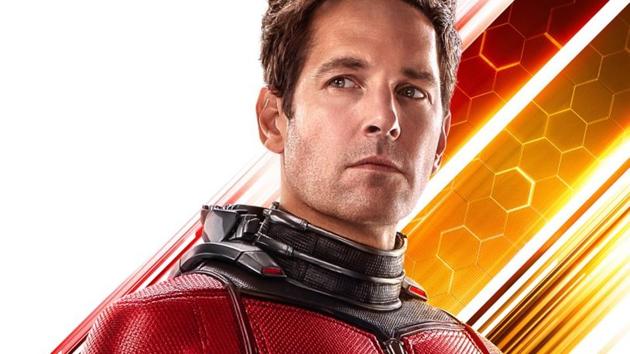 Marvel Studios’ Phase Four is in full swing with Disney+ series like WandaVision and Loki, as well as Eternals (2021), and Spider-Man: No Way Home (2021) just around the corner.

And with Ant-Man and the Wasp: Quantumania (2023) on the horizon, Paul Rudd has given some insight into his co-star Jonathan Majors’s performance.

Majors was first seen in the Marvel Cinematic Universe in 2021’s Loki. The Season 1 finale of Disney+ series revealed the powerful entity behind the Time-Keepers — the faux protectors of the Sacred Timeline exposed as “mindless androids” in Loki Episode 4. He Who Remains, portrayed by Jonathan Majors, is a variant of Kang the Conqueror.

In the third installment of the Ant-Man series hitting theaters in 2023, it appears Paul Rudd’s title character will encounter a villainous version of Kang that He Who Remains warned Loki (Tom Hiddleston) and Sylvie (Sophia Di Martino) about. Unlike his variants, Kang is bent on conquering time and space.

In an interview with Variety, Rudd praised Majors in his role as Kang. While he didn’t reveal too many details about the movie’s plot or how this Kang fits into the MCU, Rudd told Variety he is already winning over his co-stars with his performance:

“I’ve loved everything he’s done, and I see what he’s doing in this, and I’m knocked out by it. It is really fun to bring new people into the fold, and the enthusiasm that people have is palpable.”

Ant-Man and the Wasp: Quantumania is the third entry in the Ant-Man franchise and sees director Peyton Reed return with a script by Rick and Morty writer Jeff Loveness. Paul Rudd and Evangeline Lilly reprise their role as Scott Lang/Ant-Man and Hope van Dyne/Wasp and will be joined by Jonathan Majors as the lead villain, the time-traveling Kang the Conqueror.

Ant-Man and the Wasp: Quantumania has been in production for the last few months, with filming previously taking place in Turkey. Currently set for a February 17, 2023, theatrical debut, there’s still loads of information that’s yet to come out about the movie!

The official description of the original film reads:

Armed with the astonishing ability to shrink in scale but increase in strength, master thief Scott Lang must embrace his inner hero and help his mentor, Dr. Hank Pym, to plan and pull of a heist that will save the world in Marvel Studios’ Ant-Man.

Are you excited for Phase Four of the Marvel Cinematic Universe? Let us know!

Comments Off on Paul Rudd Teases Co-Star’s Performance in Upcoming ‘Ant-Man and the Wasp: Quantumania’