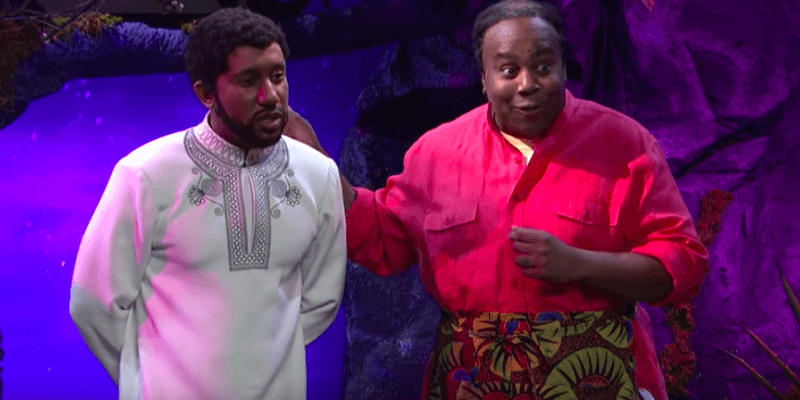 Marvel’s “Black Panther” continues to climb the all-time ranks at the box office, but that doesn’t mean it’s safe from the hilarious comedians of Saturday Night Live.

Thompson, who plays Uncle M’Butu in the sketch, even goes a step farther and references Disney’s “The Lion King,” attempting to sing “The Circle of life” from the animated classic’s soundtrack.

You can see Marvel’s “Black Panther” in theaters now.