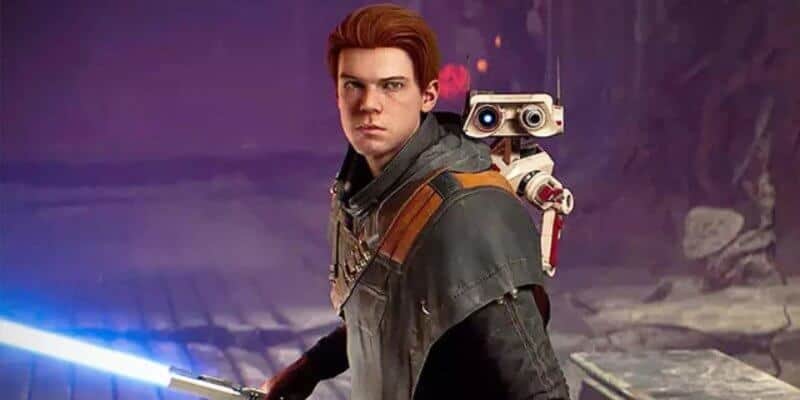 Jedi Fallen Order received a lot of praise when it was released in late 2019 as it includes connections to Dave Filoni’s Star Wars The Clone Wars and having characters such as Darth Vader appear in it. With planets like Bracca appearing in The Bad Batch, fans speculate it won’t be long until Kal Kestis, Jedi Fallen Order’s protagonist shows up in another Star Wars Project with fans hoping he will show up in the second season of The Bad Batch. Originally fans had speculated that he would be the Jedi to show up in the second season of the Mandalorian, but that was not the case since Mark Hamill reprised his role as Luke Skywalker to take Grogu away.

Not only was Jedi Fallen Order loved by fans and critics, but it was also more successful than EA originally thought and surpassed expectations with sales. Star Wars had signed an exclusive contract with Electronic Arts that ends in 2023, meaning that EA will no longer be the sole publisher of Star Wars games. In ten years, they have released Battlefront (2015),  Battlefront 2 (2017), Jedi Fallen Order (2019), Squadrons (2020), and some mobile games which have left fans wanting more.

It is no surprise that EA wants to assure fans that they still plan to work on Star Wars games with all of these new games being announced since a sequel for Jedi Fallen Order is in the works. Here’s the tweet of the news from today:

EA also wrote an article discussing what Star Wars should expect from these new projects:

Game Director Stig Asmussen and his team at the studio are already working on the next game in the action adventure Star Wars Jedi series, and are joined by two new teams working to deliver additional unique Star Wars gameplay experiences across multiple genres. Leading the development of Respawn’s all-new Star Wars first-person shooter game is Peter Hirschmann, Game Director at Respawn, who has a long and accomplished history with the Star Wars franchise. The third title is a Star Wars strategy game developed through a production collaboration with the newly formed studio Bit Reactor, helmed by games industry veteran Greg Foerstch. Respawn will produce the new Star Wars strategy game while Bit Reactor leads on the development of the title.

Related: Star Wars Just Retconned Everything We Knew About Clones

The Jedi Series includes Jedi Fallen Order and Jedi Fallen Order 2, but this project is a brand new story that will be told by Respawn with similar elements to the other games. It will most likely focus on another Jedi in Star Wars after Order 66 which is between Revenge of the Sith and A New Hope. On top of this, they have confirmed that they are working on an FPS (First Person Shooter) which leads Star Wars fans to wonder if they will get another Battlefront game from EA since no plans for Battlefront 3 have been confirmed. The last game is a Star Wars strategy game and the last time Star Wars released a strategy game was back in 2006 with Empire at War (A Realtime Strategy Game) which will be made in partnership with Bit Reactor.

Now, Lucasfilm Games has taken the helm announcing several games that are in development with other gaming studios outside of EA such as Eclipse by Quantic Dream, a Star Wars video game set in the High Republic era, an open-world Star Wars video game by Ubisoft, and a remake of the old classic, Knights of the Old Republic.

A galaxy-spanning adventure awaits in Star Wars Jedi: Fallen Order™, a new 3rd person action-adventure title from Respawn Entertainment. This narratively-driven single player game puts you in the role of a Jedi Padawan who narrowly escaped the purge of Order 66 following the events of Star Wars™: Episode III – Revenge of the Sith™. On a quest to rebuild the Jedi Order, you must pick up the pieces of your shattered past to complete your training, develop new powerful Force abilities, and master the art of the iconic lightsaber – all while staying one step ahead of the Empire and its deadly Inquisitors.

What do you think the new Star Wars video games will be about? Let us know in the comments below!