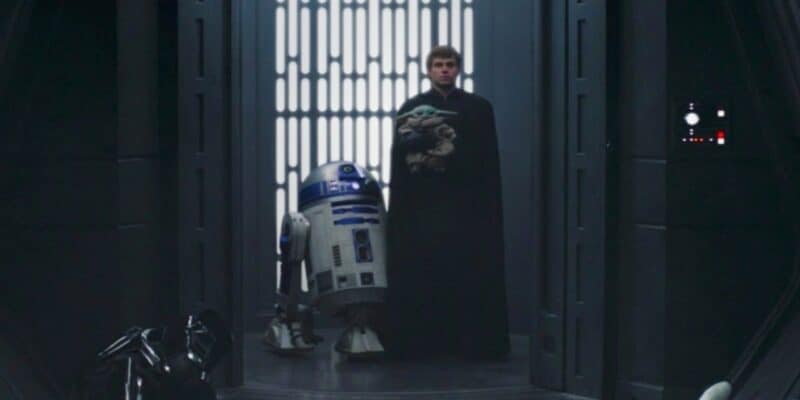 Over the course of two seasons so far, Jon Favreau and Dave Filoni’s hit Star Wars series, The Mandalorian, has taken the United States by storm. The show — which introduced Grogu (AKA “Baby Yoda”) and bounty hunter Din Djarin (Pedro Pascal) into the Star Wars universe — is over 100 times more popular than the average U.S. show, and has been renewed for a third season with a rumored fourth in the works as well.

The Season 2 finale episode, “Chapter 16: The Rescue,” was, perhaps, the most incredible installment so far, featuring the shocking return of Jedi Knight Luke Skywalker (CGI Mark Hamill) to the Star Wars story.

Now, Lucasfilm art director Phil Szostak has weighed in on how the team behind Skywalker’s look for the iconic Star Wars character’s return. The executive weighed in on StarWars.com:

“For Luke especially, the aesthetic of his look is just about being faithful to what you know. But it’s more what you think you know, versus what it actually is. It’s almost like an elevation or a sketch of your memory versus being exactly, precisely one-to-one with the last time we saw him in the timeline, which would have been, you know, Return of the Jedi, and the supplemental narrative material that he was in for Battlefront II.”

Although it is well-known that Favreau, Filoni, director Peyton Reed, and the rest of the production team kept Skywalker’s appearance a secret — even going so far as to include Jedi Plo Koon instead of Luke in the script — Szostak went on to share that even the art department wasn’t aware of who was going to show up, which made it harder to create actual concept art ahead of filming:

“As you can see in the book [The Art of The Mandalorian (Season 2)], no art that really clearly depicted Luke was actually created. And honestly, some artists were left completely in the dark up until the episode aired. It was really only a small group of us that knew all along.”

He added that the team worked hard to create a version of Skywalker that will work in the “modern age” of the Star Wars franchise:

“You don’t want to just assume that Luke only has, like, one pair of clothes (laughs). So, you know, something that would be appropriate to who Luke was, and that’s recognizable and as iconic as his Jedi look in Return of the Jedi. But also updating it and bringing it to the modern age, and just making slight tweaks.”

Although Skywalker’s future in the Star Wars galaxy has not been confirmed by The Mandalorian team or Lucasfilm President Kathleen Kennedy, fans assume he will show up in the near future.

Even if the character doesn’t appear alongside his new Padawan, Grogu, in the foundling’s rumored Book of Boba Fett cameo, there have been reports of an entire series dedicated to the duo’s Jedi Academy stories.

Although this potential show — and the potential casting of Sebastian Stan as a young Skywalker — remains unconfirmed at this time, it would open the door for a young Ben Solo to enter the Star Wars story before he began following Supreme Leader Snoke (Andy Serkis) and became Kylo Ren.