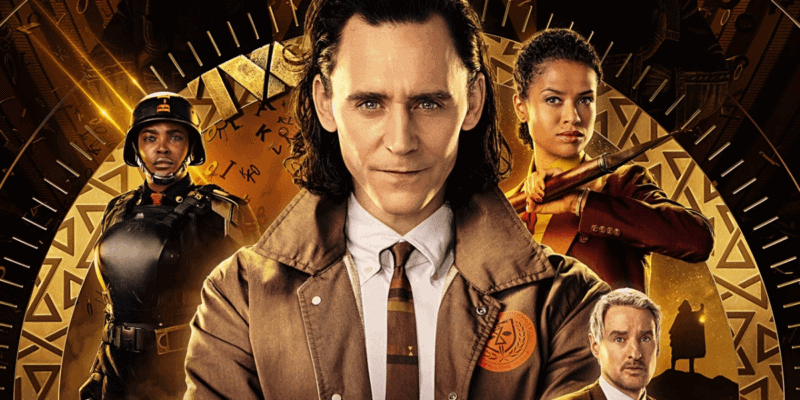 The first season of Loki is now available for streaming on Disney+. Marvel fans are in love with the third Marvel Studios original series that followed WandaVision and The Falcon and the Winter Soldier. The Season 1 finale only just dropped, but everyone is already speculating about what the recently announced Season 2 could have in store.

In only six episodes Loki has changed the game for the Marvel Cinematic Universe forever. When Sylvie (Sophia di Martino) killed He Who Remains (Jonathon Majors) and broke the Sacred Timeline, the Marvel Cinematic Multiverse was born. That stunning cliffhanger left fans with a laundry list of questions that needed to be answered and while Season 2 is on the way, it might not return to Disney+ until Fall 2022.

Fans know that the next time they will see Tom Hiddleston reprise his role as the trickster god will be in the upcoming original series What If…?, which will air on August 11, 2021. And while it is still unconfirmed by Marvel boss Kevin Feige, the God of Mischief is expected to return in the upcoming Doctor Strange in the Multiverse of Madness on March 25, 2022, alongside Doctor Strange (Benedict Cumberbatch) and Wanda Maximoff AKA Scarlet Witch (Elizabeth Olsen).

It is only fair since Loki and Sylvie are responsible for unleashing all that Multiverse madness that needs to be cleaned up. After that, though Tom Hiddleston’s Loki will return in the Loki series Season 2 and there are still so many characters from the comics that the show could finally bring to the MCU to help the Frost Giant take on Kang the Conqueror (Jonathon Majors) and who knows what else.

What Characters Could Show Up In Loki Season 2

We know that Kang the Conqueror has taken over the Time Variance Authority (TVA) and has been set up to be the main antagonist of Season 2. We do not know if he will be the same variant of Kang that will be going up against Scott Land AKA Ant-Man (Paul Rudd) and Hope Van Dyne aka Wasp (Evangeline Lilly) in Ant-Man and the Wasp: Quantumania on February 17, 2023.

Owen Wilson’s character TVA Agent Mobius M. Mobius, Hunter B-15 (Wunmi Mosaku), and Judge Ravonna Renslayer (Gugu Mbatha-Raw) are pretty much guaranteed to return in the next season. And it is doubtful we have seen the last of the MCU’s Lady Loki, Sylvie. But who else could show up alongside these fan-favorite characters?

Verity Willis met Loki when he was working as the Agent of Asgard. She surprised him by being able to see through his shape-shifting disguise. Verity swallowed a magical ring as a baby and gained the powers of the spell and has the power to see through all lies.

In Marvel Comics, Verity and Loki have a great dynamic. There was so much fun to be had between a character who always lies and a character who cannot be lied to. The trickster eventually recruited her to help on his missions for the All-Mothers of Asgardia.

Loki Season 1 Sylvie left alone at the Citadel at the End of Time and Loki in another alternate timeline where Mobius has no idea who he is. Loki will need some who can match his wits and there is no other character in the Marvel Universe than Verity Willis.

Angela AKA Aldrif Odinsdottir is another one of Thor (Chris Hemsworth) and Loki’s long-lost siblings. Hela (Cate Blanchett) took this part of her character when she was introduced in Thor: Ragnarok (2017). Angela was the first-born daughter of Odin and Frigga, but she was lost during the war against Heven.

When Odin refused to surrender the Queen of Angels pretended to kill the baby but kidnapped her and raised her as her own. Angela’s story serves as a parallel to Loki’s, as he was taken Odin (Anthony Hopkins) from Frost Giants and raised as an Asgardian.

Angela is a great character from Marvel Comics that deserves to be introduced in the Marvel Cinematic Universe. She is a fierce warrior who was a member of the Guardians of the Galaxy for a while. She could go toe-to-toe against someone like Kang. And since it seems unlikely that Thor will be showing up in Loki, she could fill the role that he has played in Loki’s life.

Related: Why Mark Ruffalo Won’t Get His Own ‘Hulk’ Movie

If Marvel wants to bring back Kid Loki (Jack Veal) to be part of the Young Avengers, then it makes sense to introduce Leah. The version of Kid Loki that we saw in Loki still has a long way to go before he is ready to become a hero since one of the few things that the Marvel series revealed about his character was that he killed his brother before being pruned.

In the Marvel Comic Journey into Mystery that first introduced Kid Loki, Hela tasks her aid, Leah to help him against the Serpent who wanted to destroy Asgard. Kid Loki always struggles with the temptation to return to his villainous ways but his friendship with Leah and her ultimate loss changed his character forever.

It is unclear which other versions of Kang Marvel Studios will introduce. But if they are building up the Young Avengers, which they clearly are then at some point they will have to bring in Iron Lad AKA Nathaniel Richards. He is a younger version of Kang the Conqueror who learned that he would grow up to become a major Marvel villain so to stop himself he founded the Young Avengers.

Fans thought he could show up in Ant-Man 3 alongside fellow Young Avenger Cassie Lang AKA Stature (Kathryn Newton). But that Marvel Phase 4 film could focus on one variant of Kang who is ruling over the Chronopolis in the Quantum Realm. Loki will most likely deal with many other variants of Kang and who better to help the TVA take him down than a hero who knows exactly how he thinks.

Who is the God of Mischief without his brother the God of Thunder? While he is not new to the MCU he would be new to Marvel Studio’s original series streaming on Disney+. Thor (Chris Hemsworth) is not only an Avenger but also one of the most influential people in Loki’s life. It’s hard to imagine one character without the other. Although Thor will finally get to step out of his brother’s dynamic in Thor: Love and Thunder on May 6, 2022.

The fourth Thor film directed by Taika Waititi will be the first without Tom Hiddleston’s Loki. It will feature Thor, Jane Foster (Natalie Portman), Valkyrie (Tessa Thompson) as well as the Guardians of the Galaxy. Lady Sif (Jamie Alexander) may also make another surprise cameo just like she did in Loki season 1.

Chris Hemsworth did record a small season for Loki season 1 as Throg or Frog Thor that was ultimately cut and season 2 could definitely find a way to fit in the Asgardian Prince.

Loki Season 2 is a long way off for now so there is plenty of time to speculate on what is still to come in the new Marvel Cinematic Multiverse. Check back here for more news about the next season of Loki as it develops.

Let us know in the comments if there is a character you think should show up in Marvel’s Loki series Season 2!