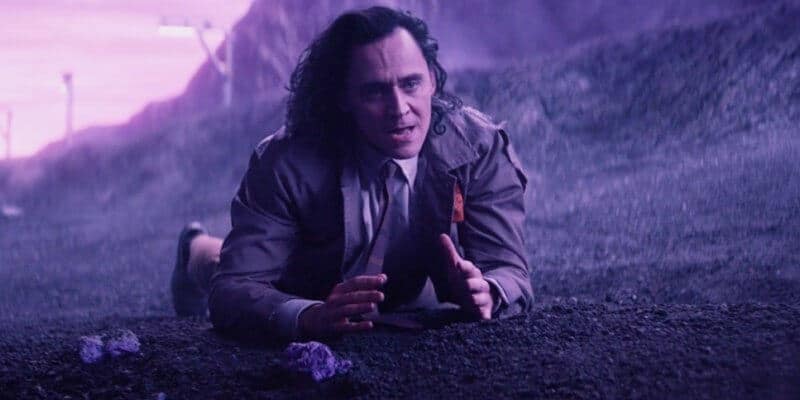 The Loki series has officially cemented itself as the most important of all the new Disney+ Original series that Marvel Studios has been streaming in recent months. Episode 4 “The Nexus Event” just changed the game forever with its shocking twist.

Then, it changed the Marvel Cinematic Universe again in that amazing mid credits scene.

*Spoilers for episode 4 of Loki “The Nexus Event” below*

It’s been called “the best episode of Loki yet”. And it was hard to keep track of all the new information and Easter eggs that Marvel Studios gave us.

For a moment it seemed like Loki would go where only a few Marvel movies have gone before and kill off not only its titular character but Owen Wilson’s character Mobius M. Mobius. Critics have always pointed out that the MCU rarely kills off characters and when they do, many keep coming back.

Case in point is Tom Hiddleston’s Loki. The God of Mischief even tells the Timekeepers that he has lost count of all the times that he has died. He has “died” in about half of his appearances in the MCU.

His brother Thor (Chris Hemsworth) thought he died when he fell off the Bifrost bridge at the end of Thor (2011) and again when the trickster god was stabbed in Thor: The Dark World (2013).

Even Marvel fans thought they had seen the last of the Prince of Asgard when Thanos (Josh Brolin) chocked him in the opening moments of Avengers: Infinity War (2018).

Marvel Studios boss Kevin Feige brought back the God of Mischief for Loki during the Time Heist in Avengers: Endgame (2019) when the frost giant escaped with the Tesseract/ Space Stone. It allowed them to kill off a character and keep him without breaking too much of the Marvel Universe continuity.

But fans may never have to fear losing any Marvel character again after that mid credits scene.

What Does the Post Credits Scene Mean for the MCU?

Marvel fans gasped and held their breath when Judge Ravonna Renslayer (Gugu Mbatha-Raw) pruned Agent Mobius, thinking he was gone forever. Could Marvel really kill off a character like that?

However, it became clear that pruning could not be the end of them when she also pruned the variant of Loki that the new series had been following through the Time Variance Authority (TVA). For a moment, it felt they could just come back as new variants, but that post-credit scene revealed that pruning does not mean certain death.

At the end of “The Nexus Event,” the God of Mischief wakes up after being pruned in what appeared to be a destroyed version of New York City that we saw in a previous Loki trailer. He thinks it is Hel, the realm where Asgardians go after they die. And he is surrounded by even more variants of himself.

This included Classic Loki played by Richard E. Grant (Gosford Park), who looks like he is pulled directly from Jack Kirby’s original artwork. Deobia Oparei (Game of Thrones), appears as another variant wielding a hammer-like Thor. The credits call him “Boastful Loki” but the internet has already renamed Worthy Loki. There have been versions of the God of Mischief who wielded their own hammer.

There is also Jack Veal (The End of the F**ing World) as the Young Avenger Kid Loki. And, of course, we cannot forget the Lizard Loki. He could come from the Marvel Comic Pet Avengers, which includes a variant of Thor who is a frog – known as Throg.

It is unclear whether he is an alligator, a crocodile, or some Asgardian beast. But Marvel Studios definitely missed the chance to show him as a snake, like his brother Thor teased in Thor: Ragnarok (2019). Loki even becomes the world serpent in North Mythology. Or It could have been a magpie, which the Lord of Lies became in Marvel Comics. 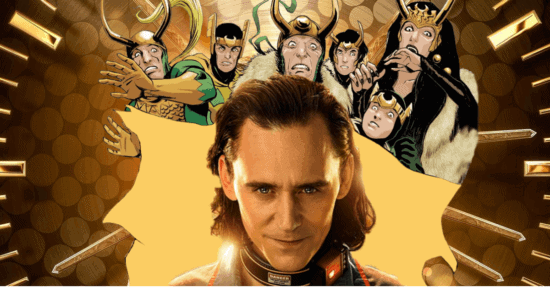 This now opens the door to every variant of Loki to enter the MCU. And, there have been many. Mobius already revealed that Loki is the most common kind of variant.

And if all the variants that the TVA have pruned still exist there is no limit to the characters that Marvel Cinematic Universe could bring back. That includes Tony Stark/Iron Man (Robert Downey, Jr.), Natasha Romanoff/Black Widow (Scarlett Johansson), or even Pietro Maximoff aka Quicksilver (Aaron Taylor-Johnson).

Has death just become meaningless in the Marvel Universe?

Thor’s brother may think he is in Hel, but it appears to be an alternate timeline version of New York City. This was spotted in a previous Loki trailer and fans thought it was a reference to Battle of New York from The Avengers (2012).

It opens a lot of questions. Could these variants of Loki have been hiding out in this apocalypse the whole time to avoid the TVA? How did they never run into Sylvie? Is there where all pruned variants end up or just variants of the villain Loki? Could it be Battleworld – hinting that the true villain is the Beyonder and not Kang the Conqueror? But if it is Kang the Conqueror all along then maybe the band of misfit Lokis have found themselves trapped in the Chronopolis.

If it is where all pruned variants go, perhaps we could meet variants of other characters like a variant of Steve Rogers/ Captain America (Chris Evans) who did not live out his life in an alternate timeline with Peggy Carter (Hayley Atwell).

The new Marvel Studio’s original series has definitely established that what makes a Loki is a Loki is that they simply do not die. And now Marvel Cinematic Universe fans are wondering if any other ever will again.

What did you think of Episode 4 of Loki? Are you excited for episodes dropping every Wednesday on Disney+?