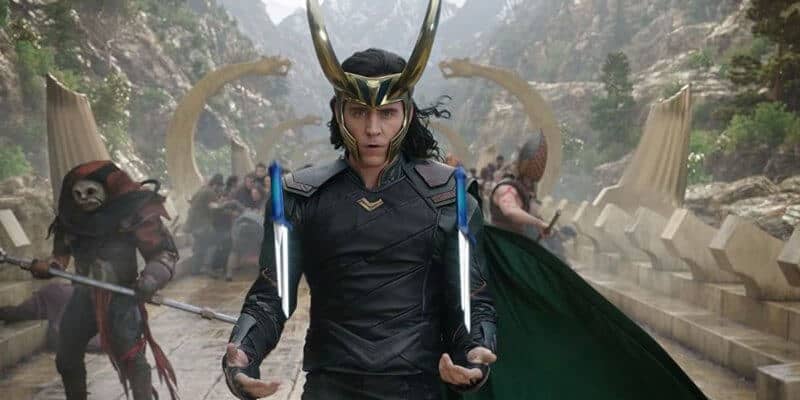 Recently, the social media rumor mill has been swirling that Disney recently tried to trademark the name of the Norse god, Loki. The God of Mischief, played by Tom Hiddleston, has played a major role in the Marvel Cinematic Universe.

There is even a Change.org petition with nearly 130,000 signatures beseeching Disney to stop its attempt to trademark the name of a Norwegian deity. As it turns out, though, this information is completely false. The Walt Disney Company has never tried to copyright Loki the deity at all.

As we noted in our prior coverage, Disney even reached out to us regarding a specific situation with a Redbubble product:

A representative at Disney informed Inside the Magic that Redbubble chooses on its own what merchandise it believes may be committing copyright infringement, and the site conducts its own investigation. The merchandise was found to have not violated any copyright claims and was reinstated on the site.

Per an AFP Fact Check report, additional details regarding trademark law were shared. In this report, it is noted that there are over two dozen “Loki” trademarks for various brands, products, and, presumably, super hero franchises:

A good test for trademark viability is whether a consumer would be misled by the origin of a product, said copyright law expert and Berkeley Center for Law & Technology professor Pamela Samuelson.

“Short phrases are never copyrightable,” she said, and neither are holidays — like Dia de los Muertos.

A spokeswoman for Disney responded to the social media claims: “Disney does not claim trademark and copyright for Norse gods or deities and their mythologies. Those are in public domain.”

Instead, the company has trademarked “Marvel or Marvel Comics’ versions of the character Loki. Disney is not the only company to do this,” she said. “For context, there’s more than 25 Loki trademarks registered in the US to other rights holders,” calling the claims a “basic misunderstanding of trademark law.”

Currently, Hiddleston is starring alongside Owen Wilson (Mobius M. Mobius) in Loki, a Disney+ television series that takes place after the events of Endgame.

In the first three episodes of the third MCU series — it follows WandaVision and The Falcon and the Winter Soldier — Marvel fans have watched as Loki has helped Time Variance Authority (TVA) agents like Mobius try to stop a particularly mischievous Loki variant from destroying the Sacred Timeline.

The series has also introduced that variant — unless Kevin Feige’s team throws a curveball and there’s someone else lurking too — and her name is Sylvie (Sophia di Martino).

You can currently catch a new episode of MCU series Loki — and look forward to getting to know Loki’s various forms, like di Martino’s Lady Loki and Kid Loki — on Disney+ every Wednesday. The official description reads:

What do you think about Disney’s recent Loki trademark confusion?