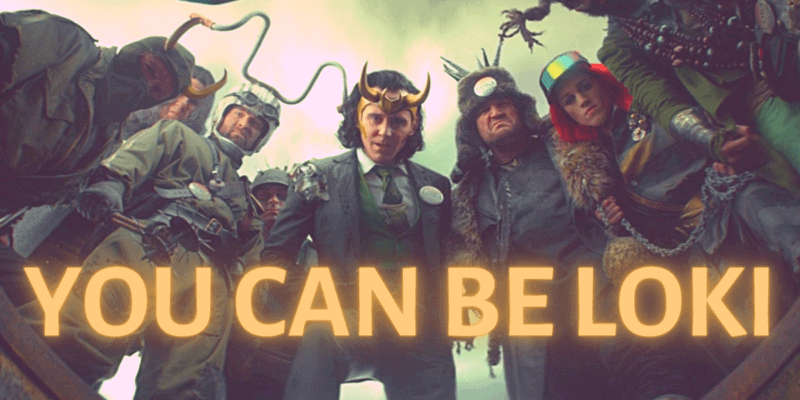 Loki may be the third Marvel original series to hit Disney+, but it is the first that left fans in withdrawal as they wait for Season 2 to pick up where the Loki series finale left them.

Without spoiling all the things that Season 1 set up for the future of the Marvel Cinematic Universe, its safe to say that fans cannot wait for more characters like Loki (Tom Hiddleston), Owen Wilson’s character TVA Agent Mobius M. Mobius, Sylvie/Lady Loki (Sophia di Martino).

We already know that we will not be waiting too long to see the trickster god again since he is confirmed for the upcoming series What If…? which will stream on Disney+ on August 11, 2021. Tom Hiddleston will be returning to voice Thor’s brother in the first animated Marvel Studios original series.

And there have been numerous rumors the Asgardian might appear in the upcoming Doctor Strange in the Multiverse of Madness on March 25, 2022, alongside Wanda Maximoff AKA Scarlet Witch (Elizabeth Olsen) and Doctor Strange (Benedict Cumberbatch).

But it may not be until fall 2022 when fans get more Loki variants like alligator Loki or Classic Loki (Richard E Grant). This might be why the hashtag #OtherLokiVariants has been trending all over Twitter giving us the joy that is this adorable dog named Bucky J. Barks in the classic Loki horns posted by Geeky Waffle Network who said “Bucky J Barks would like to volunteer to be #OtherLokiVariants”:

Bucky J Barks would like to volunteer to be #OtherLokiVariants pic.twitter.com/WnIHlDYgCS

And if even led user Y.E.Y.O to dig up this glorious photo of Charlie Cox who played Matt Murdock on Netflix’s Daredevil dressed up as Loki for Halloween. Perhaps the fact Charlie Cox may be been spotted on set for Spider-Man: No Way Home (December 17, 2021) is secretly a variant of the God of Mischief and not the debut of the Defenders in the MCU.

How You Can Become a Loki Variant

If you are like the rest of the fans clamoring for even more Loki variants there is now am easy way to become one yourself using an Instagram filter. Instagram filters are a quick way to enhance your social media posts before posting.

You can find the filter here or follow the below steps in the Instagram app to find it yourself for your own glorious purpose.

There is a wide selection of different Loki filters available including one that has a broken horn, like Sylvie’s or the one that Tom Hiddleston used on the official Marvel Studios account:

Tom Hiddleston is getting in on the Loki variant action. He recently took over Tumblr (renamed Tomblr for the day) ahead of the Loki finale. While answering questions he joked about a theory that he is ACTUALLY a real Loki variant saying:

Maybe we are all variants of the Norse God of Mischief? Or not. But it’s fun to try on the horns of the titular character for a while.

Director Kate Herron and head writer Michael Waldron may already be working on new variants of the Frost Giant Prince for Season 2 beyond fan favorites like Kid Loki (Jack Veal) and President Loki (Tom Hiddleston). Perhaps we might see King Loki or Loki the God of Heroism and Truth.

Who knows, they might be inspired by some of those #OtherLokiVariants making the rounds on the internet.

Join in the fun using a Loki filter and share your results here!

Comments Off on Now YOU Can Become a Loki Variant