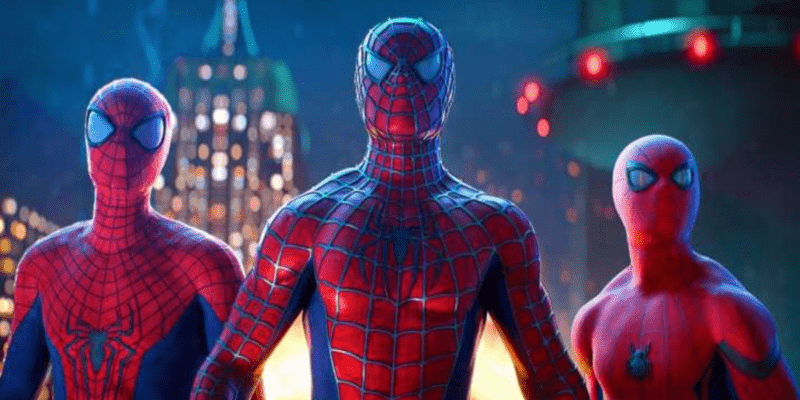 As the world hurtled into the New Year, there was much that was better left behind. One thing that traversed the years, latched onto people’s hearts, was Tom Holland’s emotional last Spider-Man outing (for now), Spider-Man: No Way Home (2021) from director Jon Watts.

With a worldwide gross box office that continues to defy expectations and pandemic-era targets, the movie is standing strong in movie theaters worldwide following its release on December 17 — December 15 for lucky UK cinemas. Despite its popularity, and seemingly universal acclaim from critics and audiences alike, Marvel has quietly altered some scenes from the Marvel Cinematic Universe movie and some eagle-eyed fans have spotted the changes.

Following on from the explosive events at the end of Spider-Man: Far From Home (2019), which itself was an extension of the Russo Brothers’ Infinity Saga conclusion, Avengers: Infinity War (2018) and Avengers: Endgame (2019), Watts’ No Way Home saw Holland reprise his role as Peter Parker AKA the titular Spider-Man in the film, along with other leading cast members like Zendaya (MJ) and Jacob Batalon (Ned Leeds).

The epic cast of Spider-Man: No Way Home was padded out with a large supporting role from Benedict Cumberbatch as Doctor Strange ahead of his own sequel, Doctor Strange in the Multiverse of Madness (2022), debuting next year. Fellow MCU co-star Benedict Wong (Wong) also reprised his Marvel character for the movie.

Related: Every Marvel Character Featured in ‘Spider-Man: No Way Home’

And then there’s the Sony villain squad. Way back when the hype around Spider-Man: No Way Home was building, it all started because Kevin Feige’s Marvel Studios and Sony Pictures confirmed that Alfred Molina and Jamie Foxx would be making their MCU film debut as Doctor Octopus AKA “Doc Ock” and Electro, respectively. This caused a snowball effect with rumors springing up around a potential Sinister Six appearance, and more enthusiastically, the return of Tobey Maguire and Andrew Garfield as their own Spider-Man incarnations.

Marvel fans could not deal with the highly-anticipated potential comeback of Maguire’s Peter Parker from Sam Raimi’s Spider-Man trilogy (2002–2007) and Garfield’s from Marc Webb’s The Amazing Spider-Man two-parter (2012–2014), and even though Garfield continuously denied his role in the Spidey threequel film, the hype just kept building. Julius Dell actor, JB Smoove, noted how Maguire was his favorite Spider-Man actor while weeks later he was spotted at the same restaurant as Zendaya leading to further speculation.

Action-packed as it was, the Marvel Universe movie had some quieter moments and it is here that the movie studio has made alterations behind the scenes. Captured in the following social media posts, fans can see the differences, mainly in visual effects or camera shots, made in the scenes involving Dafoe, Maguire, and Garfield.

Why is there 2 slightly different versions of this Goblin scene? I saw the first one in cinemas, but I prefer the second one.

Why is there 2 slightly different versions of this Goblin scene? I saw the first one in cinemas, but I prefer the second one. pic.twitter.com/JGmKgFVqkh

In a reply to the Green Goblin alteration, another Twitter user, MINDOT (@Marcogalego3), shared how Tobey Maguire’s Peter Parker entrance has been changed.

The changes mainly concern the magical portal created by Ned and Doctor Strange’s Sling Ring. In the next screen capture from GMG (@GabiMG_News), the scene which sees fan-favorite actor Andrew Garfield make his MCU debut has also been changed from a VFX standpoint.

Not only did many actors from Sony’s Spidey flicks cross into the MCU, but Daredevil actor Charlie Cox also starred as Matt Murdock in No Way Home. In a cameo capacity only, the Netflix star joined Holland, Marisa Tomei (May Parker), and Jon Favreau (Happy Hogan), but Feige has confirmed that Cox’s Devil of Hells Kitchen is here to stay.

As Spider-Man: No Way Home continues to decimate the film competition worldwide, all eyes are on whether the movie will land award recognition at the upcoming Academy Awards. In fact, Spider-Man star Holland has been rumored to host the ceremony after having a hostless event for the past few years.

For fans of Holland, his time as Spider-Man isn’t necessarily up yet. With studios crossing over talent and Amy Pascal’s Sony’s Spider-Man Universe gaining steam with Morbius (2022) and Kraven the Hunter (2023), anything could happen with one of the world’s favorite web-slingers.

Have you noticed the changes in Spider-Man: No Way Home? Let us know in the comments down below!