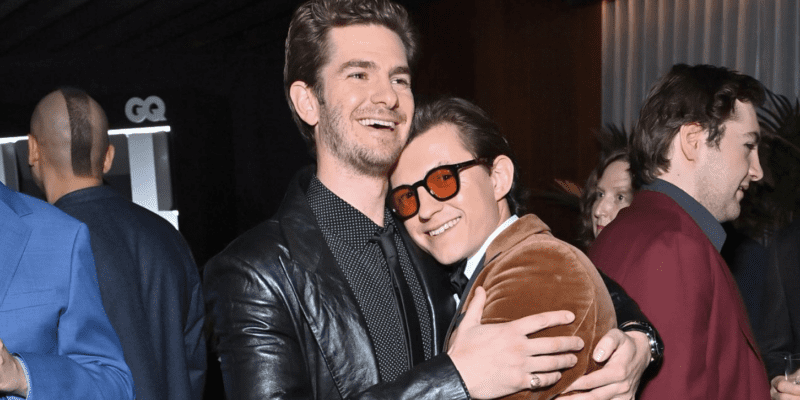 The Marvel Universe family of actors love supporting one another, and Andrew Garfield just proved himself again as one of the greatest heroes off-screen by supporting Tom Holland.

Tom Holland is the talk of every Marvel fan, especially with Spider-Man: No Way Home (2021) still dominating at the box office. The actor and co-star/real-life girlfriend Zendaya are two of the most famous people on earth; the public can’t seem to get enough of them.

With the Academy Awards reportedly reaching out to Tom Holland about hosting the 2022 Oscars, No Way Home co-star, and Marvel character Andrew Garfield (he’s a superhero, suitable?) just shared his thoughts on the matter:

"I think Tom is so charismatic and such an incredible performer and actor, and I think he'd be an incredible Oscars host. I think he would be absolutely brilliant," pic.twitter.com/bgdzoCc4No

Related: Green Goblin WANTED Spider-Man to Kill Him in ‘No Way Home’

In a recent interview with PEOPLE, Tick, Tick… Boom! (2021) star Andrew Garfield feels that Tom Holland would be “an incredible Oscars host.”

Critics and fans speculate that Andrew Garfield will be nominated and possibly take home the Best Actor in a Leading Role Oscar this year for his Tick, Tick… Boom! Performance, especially after taking home the Golden Globe in this category for Boom!

On top of that, Marvel Studios is campaigning for Spider-Man: No Way Home (2021) to be considered for nomination in every Academy Awards category, including the Best Picture slot.

With Andrew Garfield supporting a mere rumor, it seems that the possibility of Tom Holland hosting the 2022 Oscars is more than likely.

Now that the actor can speak outright about No Way Home he can talk about rumors, but this reported leak of information concerning the Academy and Tom Holland seems a bit like public engagement. With Garfield poking the stick and adding flames to the fire, Holland just might host the 2022 Osacrs.

These actors will be at the Oscars anywho, so why not throw Tom Holland up on stage and have him host this year’s Academy Awards with some charisma?

Do you want Tom Holland to host the Oscars? Let us know in the comments below!