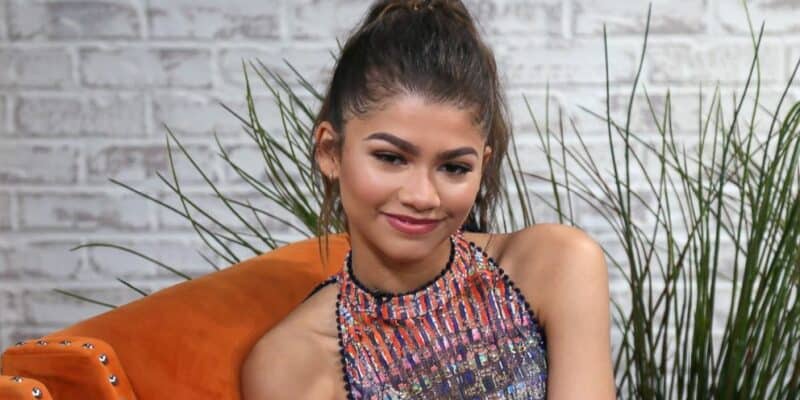 Zendaya (The Greatest Showman) has made a name for herself in the Marvel Cinematic Universe as Michelle Jones/MJ, Peter Parker’s girlfriend.

In real life, the Dune (2021) actress is also dating Peter Parker — she and MCU costar Tom Holland have been “official” since photos of the duo kissing surfaced last year.

The couple recently wrapped up the Marvel Cinematic Universe’s first Spider-Man trilogy with the blockbuster Spider-Man: No Way Home (2021). Although there have been reports that a second trilogy is the works — producer Amy Pascal has already teased Spider-Man 4 with Holland, for example — Sony Pictures and Kevin Feige’s Marvel Studios have not yet confirmed another collaboration.

Now, Zendaya’s next project has premiered with the second season of HBO teen drama, Euphoria. She took to Instagram to share:

“I know I’ve said this before, but I do want to reiterate to everyone that Euphoria is for mature audiences,” she wrote. “This season, maybe even more so than the last, is deeply emotional and deals with subject matter that can be triggering and difficult to watch. Please only watch it if you feel comfortable. Take care of yourself and know that either way you are still loved and I can still feel your support. All my love, Daya.”

Zendaya won her first Emmy Award for the popular series in 2020. E! summed up the plot of the show in a recent article:

Zendaya currently has two projects in the works — Dune: Part 2 (2023) and Megalopolis, which has no release date at this time.

Have you watched Zendaya’s Euphoria?