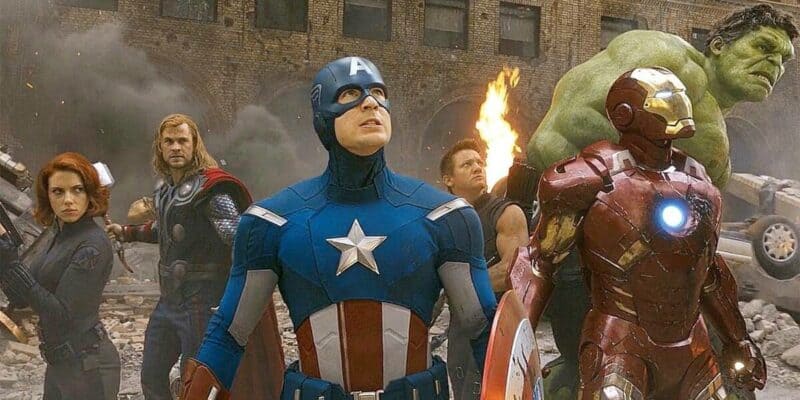 Ms. Marvel merchandise just revealed that the Avengers may be returning to the MCU very soon.

Related: Popular Avenger Reportedly Returning to the MCU In A Big Way

After Avengers: Endgame (2019) fans saw the original Avengers “pass the torch” to new superheroes. In Marvel’s Phase Four, fans haven’t seen the Avengers team up or have many references to the team. Even though Kevin Feige has said that Avengers 5 isn’t in the works, fans still want to know what is happening with the Avengers.

Iman Valleni’s Ms. Marvel will explore how the teenage girl became a super hero. Fans already know that she is a huge fan of Brie Larson’s Captain Marvel and we know the two of them will meet as Ms. Marvel is set to have a role in The Marvels (2023).

Ms. Marvel merchandise has now appeared at Hot Topic with a blanket showcasing a convention dedicated to the Avengers called, Avengerscon. Here’s a picture of the blanket:

As you can see, the blanket has several phrases from Ant-Man, Captain Marvel, Hulk, and Thor. Surprisingly, Thor and Hulk get two phrases while the other super heroes only get one. Another shirt shows a drawing of Ms. Marvel which makes sense as the character loves to sketch and write fan fiction. Here’s an image of the T-shirt:

It seems that the Avengerscon will be in one of the episodes which might be why Kamala is dressed up as Captain Marvel in the trailers. Several people dress up as their favorite superhero or character at comic con so it would make sense for Kamala to do the same.

Since the character will be writing fan fiction, there is a possibility that Kamala’s perspective may be a little unreliable at points. The trailer already showed the character daydreaming and imagining a different scene than what takes place so it’s possible that the Avengers will show up to the Avengerscon in Kamala’s daydreams.

At the very least, it seems that the Avengers would have Hulk, Thor, Ant-Man, and Captain Marvel in the roster which is interesting because Anthony Mackie’s Sam Wilson/Captain America apparently didn’t make the cut. That isn’t to say he isn’t an Avenger, but it would have made sense to include him on the merch.

Related: Loki Charms Another Member of the MCU