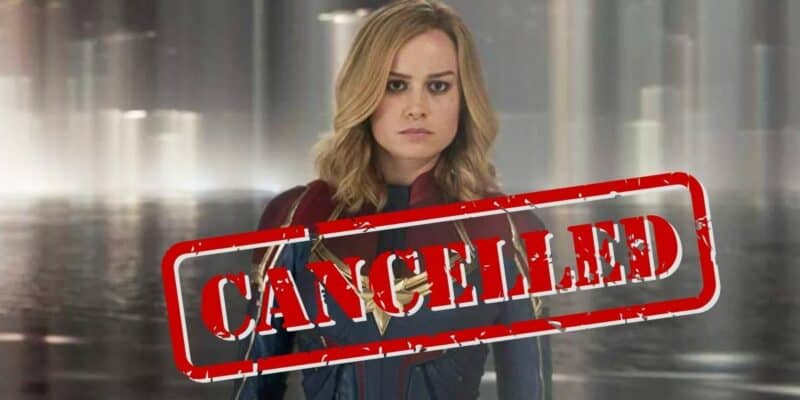 Brie Larson has drawn the ire of Marvel fans yet again. Just recently, she came under fire for purchasing the controversial cryptocurrency NFTs. And it seems the Academy Awarding actress is doubling down with her problematic purchases by joining the metaverse, and no one is happy with the Carol Danvers/Captain Marvel star.

Brie Larson took her first step into controversy when she changed her Twitter profile picture to a FlowerGirls NFT made by Varvara Alay. And despite fans pointing out how problematic Non-Fungible Tokens (NFTs) are – they are essentially a cryptocurrency like Bitcoin or Ethereum that cannot be traded and are often used for money laundering while simultaneously destroying the environment.

Brie Larson’s NFT profile picture remains, and she broke more fire from fans with a recent post where she shared she joined some·place’s metaverse, saying:

“Welcome to my lil corner of the @some_place metaverse. Can’t wait to welcome you all in soon”

Welcome to my lil corner of the @some_place metaverse. Can’t wait to welcome you all in soon 🤍 pic.twitter.com/QWfsdFGqzr

Founded by Lana Hopkins and Juliana DiSimone, some·place describes their mobile metaverse as:

The some·place mobile metaverse makes digital culture accessible, right from the palm of your hand. Our intuitive, multiplayer world gives you the tools to interact with like-minded others, build community and express your identity in a real-time, 3D digital space, and in real life, with AR. With a marketplace, activations, and public spaces like no other, you’ll be able to curate and share all that is important to you. Founded by women entrepreneurs, some·place insists on breaking down barriers to build a more equitable digital experience for all.

But what is the metaverse? The term “metaverse” was by author Neal Stephenson in his 1992 sci-fi novel Snow Crash. It is a digital world where people could live out their daily lives – think Ready Player One (2018), directed by Steven Spielberg starring Tye Sheridan (Fantastic Four) as Wade Watts based on the 2011 book by Ernest Cline.

Why are Marvel fans mad a Brie Larson now?

Brie Larson is used to a specific subset of Marvel Cinematic Universe fans hating on her for no reason. Her troubles began in 2018 when she received the Crystal Award at the Women in Film Crystal + Lucy Awards in Los Angeles. She pointed out that the majority of film critics were older, white men and that there needed to be more diversity in the field as more films not about that demographic are made. And based on the racist and sexist reviews for Pixar’s latest film Turning Red – she was right.

Marvel fans see it as a sign that she has lost authenticity, and they have been blaming her boyfriend, Elijah Allan-Blitz, who has worked with virtual reality before, for getting her into this metaverse. Brie Larson used her new metaverse to display some NFT artwork, and Twitter user sapphicinephile pointed out its eerie similarity to the set of The Good Place, where Kristen Bell (Frozen) played Eleanor Shellstrop and was tortured by images of clowns.

“someone wake me up from this nightmare”

someone wake me up from this nightmare pic.twitter.com/Igp23ntNTT

But fans have more than esthetic complaints with Brie Larson’s metaverse. The trendy metaverse is full of opportunities to be scammed, and some see it as a way for the elite to find new ways to exploit a new digital landscape.

And I am usually universally positive about future things.https://t.co/5sfH6KD1eZ

Ever since Brie Larson became the first female lead of a Marvel movie, a particular section of Marvel fans have done nothing but whine about her. They spread rumors that Marvel Studios could replace her, but she will return in Captain Marvel (2018) sequel The Marvels (February 17, 2023). But many of her supporters are reaching the breaking point with the Captain Marvel star. Cm_crockford said:

Along with a GIF of Michael Cera in Scott Pilgrim vs. the World (2010), saying, “You used to be nice.” Brie Larson appeared as Envy Adams in that film.

Brie Larson’s future in the MCU

Despite the fan backlash surrounding Brie Larson as Carol Danvers, Kevin Feige has made no plans to replace her. Alexandra Daniels voiced her in Marvel Studios’ first original animated series on Disney+, What If…? But fans can still expect Brie Larson to return in Marvel’s Phase Four.

It is set to hit theaters on February 17, 2023, and the next major Marvel movie will be Doctor Strange in the Multiverse of Madness on May 6, 2022. Marvel fans will get to meet Kamala Khan/Ms. Marvel on Disney+ on June 8.

Share your opinions of Brie Larson joining the metaverse.