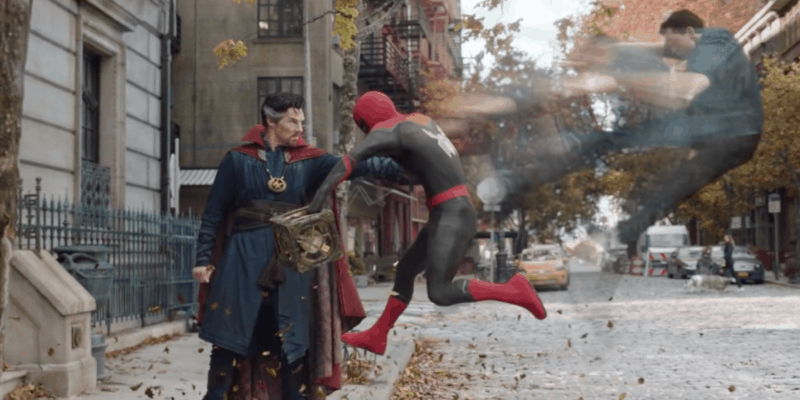 Sony has been enjoying the success from Tom Holland’s Spider-Man: No Way Home (2021) and now it looks like Sony Pictures is gearing up production with Kraven the Hunter (2023) and Madame Web. Over the past few weeks, fans have learned that Kraven the Hunter will be played by Aaron Taylor Johnson and the remaining cast so far includes Russel Crowe, Ariana Debose, Fred Hechinger, Christoper Abbot, and Alessandro Nivola.

Deadline reports that Sony has added Sydney Sweeney to the Madame Web cast. Sources also confirm that Johnson’s Madame Web will be different from the comics and is inspired by Benedict Cumberbatch’s Doctor Strange. This makes sense as she is known for her psychic powers and it will be interesting to see how different Johnson’s portrayal of the character will be from the comics.

Sweeney is a rising star who recently starred in HBO’s Euphoria. The actress has also been involved in White Locust, The Voyeurs, and Nocturne. Sweeney’s performance in the second season of Euphoria has gotten a lot of people’s attention as the star had a lot of opportunities for what to do next. Choosing to join Johnson for the upcoming female superhero movie isn’t a bad call as she will gain a lot of attention being involved in Sony’s first female-led super hero movie.

Sources don’t know who the actress will be playing, but it is possible that Sony could be setting up future Spider-Woman movies as the comics had Madame Web as the grandmother to the fourth Spider-Woman, Charlotte Witter. This will be a huge step for Sony as fans have wanted to see more Spider-Man variants besides Peter Parker’s Spider-Man.

Spider-Man: Into the Spider-Verse (2018) was a huge success and had Mile Morales as the main Spider-Man instead of Peter Parker. With the Multiverse, it would make sense that Sony would bring Spider-Woman into one of their live-action projects. With Andrew Garfield’s Amazing Spider-Man 2 killing off Gwen Stacy, it would be confusing for fans to see Spider-Gwen in live-action so soon.

In the comics, Madame Web is a mutant who is blind and has sensory psychic powers. She has a health support machine that is shaped like a web which is why she got the name. Since Sony may be trying to make Madame Web to be more like Doctor Strange, it would be interesting to see if her psychic abilities will change from the comics as she might be more powerful in the film.

If Sydney Sweeney ends up playing Spider-Woman, it would be interesting to see if she will cross over into the Marvel Cinematic Universe. Tobey Maguire and Andrew Garfield have already proven it’s possible. Sweeney might also team up with Garfield as he is reported to be involved in some upcoming Sony projects.

Madame Web doesn’t have a release date at the moment, but the film is in early development so it’s possible that fans will be able to see the film in late 2023.

Do you think Sydney could play Spider-Woman? Do you think Dakota Johnson will be like Doctor Strange? Let us know what you think in the comments section below!