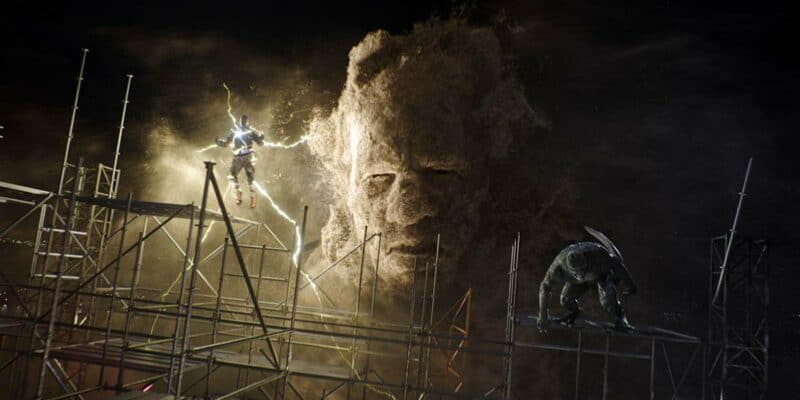 Alessandro Nivola has officially joined the cast for Kraven the Hunter (2023).

The Many Saints of Newark star will join the cast with Aaron Taylor Johnson in the titular role alongside Ariana DeBose, Russell Crowe, and Fred Hechinger. Deadline reports that Nivola will be playing the villain in the film. Other reports had stated that Fred Hechinger’s Chameleon would be the villain, but that doesn’t seem to be the case any longer.

Sony Pictures has been going strong since the release of Spider-Man No Way Home (2021) as Sony has two other projects, Jared Leto’s Morbius (2022) and Spider-Man: Across the Spider-Verse Part One (2022) to release this year. Sony has also been working on more spin-off projects as Dakota Johnson has been confirmed to be starring in the Madame Web project.

Fans are also hoping to see more of Andrew Garfield’s Spider-Man as fans believe Sony should make Amazing Spider-Man 3. Even though Garfield claims he is not involved in any projects, it’s hard to believe the actor as he is notorious for denying his role in No Way Home.

Kraven the Hunter will focus primarily on Kraven’s family, but who will Nivola play? Since the Russian tracker is mostly known to fight Spider-Man, it’s hard to think of another foe for the Russian tracker. The villain has fought with the X-Men a lot, but Sony won’t bring Mutants into their movies since Marvel Studios has the rights. So who could Nivola play?

What if Kraven fought himself?

At first, you might think this is crazy. Kraven fighting another version of himself? Due to the Multiverse, anything is possible but in the comics, Kraven actually asks for the help of the Higher Evolutionary — who is rumored to be in Guardians of the Galaxy Vol. 3 (2023) — to clone 87 copies of himself. From there, he trained his clones in how to track and fight, and then Kraven had his clones hunt each other.

This massive battle left only one Kraven clone standing which Kraven named Son of Kraven. Now, Kraven believed he was cursed and needed Spider-Man to end up killing him again in great combat so the hunter trapped Spider-Man with a dome, and the Russian tracker failed to get Spider-Man to kill him.

Now, Kraven could end up killing several clones of himself, or Sony could adapt the storyline to have somebody else try to claim the mantle as Kraven the Hunter. Since the movie is set around Kraven’s family, this would be the perfect chance to have Kraven use every advantage he can get if he was facing a tracker who was just as deadly as he was.

If Sony is planning to have Nivola play a different version of Kraven, this would surely get the attention of Spider-Man’s more notorious foes. In the comics, Kraven is one of the original members of the Sinister Six and it wouldn’t be a surprise if Sony begins to plant seeds for a Sinister Six movie to be in the works. With Tom Hardy’s Venom, Morbius, Madame Web, Vulture, and the other Spider-Man villains, there is a lot of potential for Sony to create an epic Sinister Six team.

Nivola playing a variant of Kraven could also just be the Russian track from a different universe. Perhaps this Kraven returned to the same Multiverse in hopes of finding a new challenge because he had killed his own Spider-Man. This would set the stakes for Kraven as his other variant would be a huge threat. Even the comics haven’t explored this which would leave Sony an opportunity to go somewhere new with the character.

It’s hard to tell who Nivola could play but any fan of the villain hopes that Sony realizes the potential for one of Spider-Man’s oldest villains and makes Kraven the Hunter, a memorable film.

Kraven the Hunter releases in theaters on January 13, 2023.

Do you hope Nivola is a variant of Kraven? Do you think Kraven will tie into the Sinister Six?