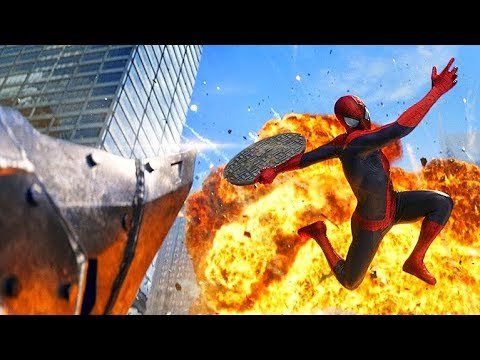 After months of denial, Garfield made an iconic appearance as Peter/Parker in Spider-Man No Way Home (2021) alongside Tobey Maguire. The movie gave Garfield the chance to redeem his character as he was still dealing with the loss of his love, Gwen Stacey (Emma Stone). When MJ (Zendaya) fell from a platform in the final battle, fans were left on the edge of their seats until Garfield saved her from the fall.

This moment led fans to want more of Garfield in future Marvel movies despite the initial backlash his character got during the first Amazing Spider-Man (2012) film. Rumors that Garfield may appear in more Sony projects have circulated ever since the actor reprised his role as fans have begun petitioning for Sony to make Amazing Spider-Man 3

Now that Garfield has opened up about his experience working as one of the Spider-Men in No Way Home, the actor has revealed many new details about the film and Garfield’s Spider-Man. Nobody knew that Garfield was such a good liar until he revealed he had known he would be in the film years in advance.

In a recent interview with Ryan Seacrest, Garfield shared that Sony never knew how his fight with the Rhino ended:

“If I remember correctly, what happened after that, was not suitable… because it was so brutal [laughs]… I have no idea. That’s where the script ended, and that’s where our movie ended. So you get to choose your own adventure with that one. What would you have liked to have seen happen?”

Now that fans know that Garfield’s Spider-Man went through a period where he didn’t hold back his punches, it’s a possibility that the fight between the two may have actually been brutal. With rumors of an Amazing Spider-Man 3 possibly in early development, it wouldn’t be a surprise if Garfield actually knew the outcome of his fight with the Rhino as the third movie could continue where the last movie ended.

Rhino was recently teased alongside many other characters in No Way Home as a silhouette coming from another Multiverse. If Sony is considering showing the fight between the two characters, it would be a rematch that fans would love to see.

Here’s the official description of the movie:

Confident in his powers as Spider-Man, Peter Parker (Andrew Garfield) embraces his new role as a hero and spends time with Gwen Stacy (Emma Stone) in between protecting New York from criminals. However, his greatest battle yet is about to begin. With the emergence of Electro (Jamie Foxx), Peter must confront an enemy far more powerful than he is. And when his old friend Harry Osborn (Dane DeHaan) returns, Peter comes to realize that all his enemies have one thing in common: Oscorp.