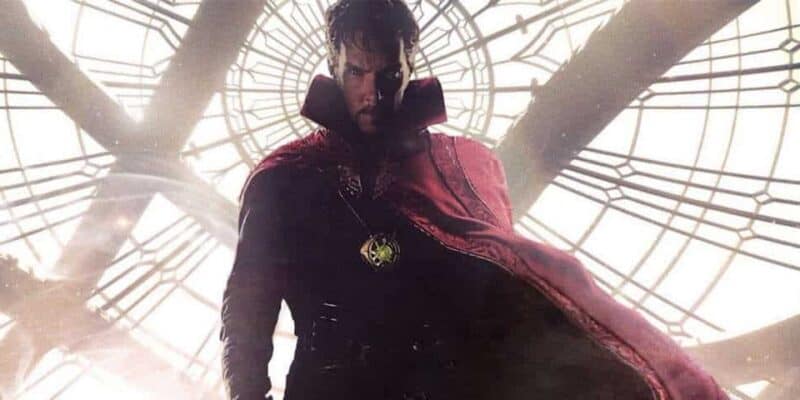 Guardians of the Galaxy Vol.2 (2017) revealed a Marvel Comics character who could become the next Sorcerer Supreme.

Related: Entire Guardians of the Galaxy Cast Is Officially Done In the MCU

With Doctor Strange In the Multiverse of Madness releasing in theaters in a few months on May 6, 2022, fans are eager to see what Benedict Cumberbatch’s Stephen Strange/Doctor Strange will end after the highly anticipated sequel. With many Avengers being replaced by other characters in Phase 4 of the MCU, it is only a matter of time before Doctor Strange ends up being replaced, especially since he is no longer the Sorcerer Supreme.

Easter eggs and cameos are so common inside the Marvel Cinematic Universe with references to storylines and introducing obscure characters from lesser-known comic arcs. Not all easter eggs are made into anything special with some characters who appear in a scene are never seen again, but some characters do make a comeback, as with Marvel bringing the Abomination (Tim Roth) back in the upcoming Disney+ show, She-Hulk.

As pointed out by another source, Guardians of the Galaxy Vol. 2, one of the post-credits scenes shows the Ravagers teaming up to go steal some stuff and has a red alien off to the side who uses magic to create a thumbs up.

Yet, Krugarr was known to appear alongside the Guardians with his magical skills so it would make sense for the alien magic-user to perhaps get his magic training from Strange and then join the new Guardians crew since the original Guardians of the Galaxy team won’t be coming back after their next film.

If that happens, the MCU might not even replace Strange, but allow his character to be around in the MCU for a few more years, and then later down the road, have a new character take over the role and some believe it could be the female magic user, Clea. In the comics, Clea became Doctor’s Strange lover and after he died, she took his mantle. This is already being done in some fashion by having Natalie Portman’s Jane Foster become Thor and letting Chris Hemsworth’s Thor leave that role for her. Clea in the comics was the ruler of the Dark Dimension and was the niece of Dormammu, the entity that was the antagonist for the first Doctor Strange (2017) where Strange had to bargain with Dormammu. If they do follow this trend, then it will be interesting to see how much of Clea’s background will stay like the comics and not be changed. Knowing that the Dark Dimension has already been visited does leave the door open for more possibilities of Clea appearing into the MCU.

Related: Peacemaker Star Went From Dancing on the Soundstage to Being In the MCU

In the end, it’s hard to know whether or not Doctor Strange will have a replacement anytime soon or if the MCU will introduce another character to be the replacement other than Krugarr. For all we know, Krugarr could have been another easter egg to be forgotten and discarded.

What we know so far is that Doctor Strange has asked the Scarlet Witch/Wanda Maximoff (Elizabeth Olsen) to join him as he begins to unravel what is truly happening with the multiverse as it seems the Once Sorcerer Supreme doesn’t know what to expect or who to trust. America Chavez will be joining the MCU who is played by Xochitl Gomez as well as the new Sorcerer Supreme Wong (Benedict Wong). Another returning character from the first movie is Mordo (Chiwetel Ejiofor), with rumors of many more cameos appearing.

Doctor Strange In the Multiverse of Madness releases in theaters on May 6, 2022.

Do you think Krugarr will return to the MCU? Let us know in the comments below!