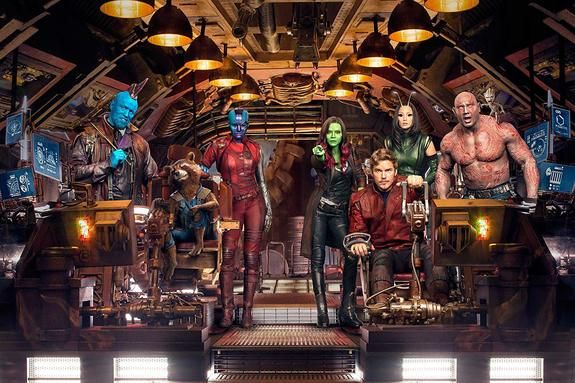 While Marvel Studios previously confirmed that Cooper and Vin Diesel’s characters would not return in the upcoming Guardians of the Galaxy Holiday Special (2022) — and both Cooper and Bautista have indicated this is the end of the road for this iteration of the Benatar crew — Gunn himself has now stated that Guardians of the Galaxy: Vol. 3 (2023) will be the last hurrah for the entire Guardians cast.

“This is the end for us, the last time people will see this team of Guardians…I just want to be true to the characters, the story and give people the wrap-up that they deserve for the story. That’s always a little bit scary; I’m doing my best.”

The director also quipped, “I’m aware that the third film in most trilogies sucks; not always.”

Gunn — who was briefly fired by The Walt Disney Company and Marvel Studios in 2018 — has returned to Kevin Feige’s MCU finish his Guardians trilogy before spending more time on Suicide Squad projects with Warner Bros. and DC Comics.

The success of John Cena’s Peacemaker has already led to reports of another HBO Max Suicide Squad spinoff, although details are not yet available.

It is worth noting that some Guardians of the Galaxy actors will also appear in Taika Waititi’s Thor: Love and Thunder (2022).

Guardians of the Galaxy: Vol 3. is currently slated for a May 23, 2023 release. It will also star additional characters like Nebula (Karen Gillan) and Mantis (Pom Klementieff).

What do you think about this being the end of the road for the Guardians?