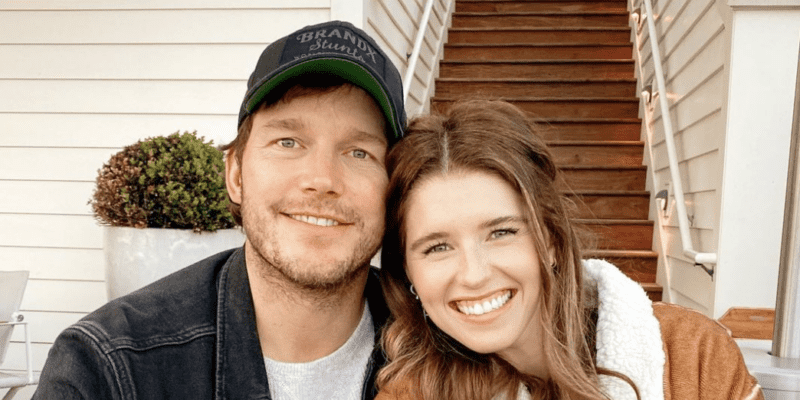 Not too long ago, Guardians of the Galaxy star Chris Pratt caused all manner of online controversy when he posted a social media message about his wife, Katherine Schwarzenegger, and their daughter.

The actor was allegedly “upset and depressed” about the backlash he received after the post, which noted that Katherine has given him “a gorgeous healthy daughter.” Many took this as a dig at Pratt’s ex-wife Anna Faris (Scary Movie, The House Bunny), as their son together has special needs.

Although Pratt has expressed that he did not mean any ill will, social media had a field day bashing the actor. Now, Pratt has made another post about his wife that is stirring up the world wide web.

You are such a wonderful wife, mother, step-mother, and life partner. I simply can’t imagine how lost I’d be without you. You’re beautiful, tough as nails, reasonable, deeply thoughtful, extraordinarily smart, you’re a complete boss, eternally driven and you communicate like no other. Thank you for everything. Thank you for being so instrumental in my growth over the past few years. We fit so perfectly into each other’s lives that our Union is a daily reminder that God is looking out for us.

Navigating the odd circumstances of our world is a task I cannot handle alone. And I’m so grateful I don’t have to. Your commitment to helping others is contagious. I’m just so grateful for the harmony you continually bring to our household. I love you so much honey. Happy Birthday!

While the post is a seemingly sweet tribute to Katherine, celebrity watchers online have taken issue with certain aspects of Pratt’s comments.

Ben Affleck and Chris Pratt prove more and more each day that Jennifer Garner and Anna Faris were the true winners in their respective relationships.

Affleck, for his part, recently said in an interview that his relationship with Garner — with whom he has three children — drove him to drink.

Ben Affleck and Chris Pratt prove more and more each day that Jennifer Garner and Anna Faris were the true winners in their respective relationships.

Ben Affleck and Chris Pratt are both

Actually, people who won’t admit to their own mistakes and keep passing the blame to other people who tried to be there for them and tried to help them at their lowest are narcissistic toxic people.

Ben Affleck and Chris Pratt are both 🗑

Actually, people who won’t admit to their own mistakes and keep passing the blame to other people who tried to be there for them and tried to help them at their lowest are narcissistic toxic people. https://t.co/wrC9w1Ss8t

An article about Pratt’s latest post about Katherine summed up what some think about his “Happy Birthday” tribute:

I hope to one day receive thanks for bringing harmony to a “household.” Yikes!! He’s talking about her like she’s a very well-liked staff member. I think I know what happened. Chris saw the (well-deserved) backlash he got for the November post, so he kept double-checking and rewriting this message, with the goal of trying to make Katherine sound amazing. The problem is that Pratt fundamentally thinks Katherine is amazing because she goes to church and she stays home with the baby and that’s it.

From his rise to fame on NBC’s Parks and Recreation to his role as MCU fan-favorite Peter Quill/Star-Lord in the Guardians of the Galaxy franchise, Avengers: Infinity War (2018), and Avengers: Endgame (2019) to his work as Owen Grady in Universal’s Jurassic World (2015), and Jurassic World: Fallen Kingdom (2018), Pratt is box office gold, despite his recent online issues.