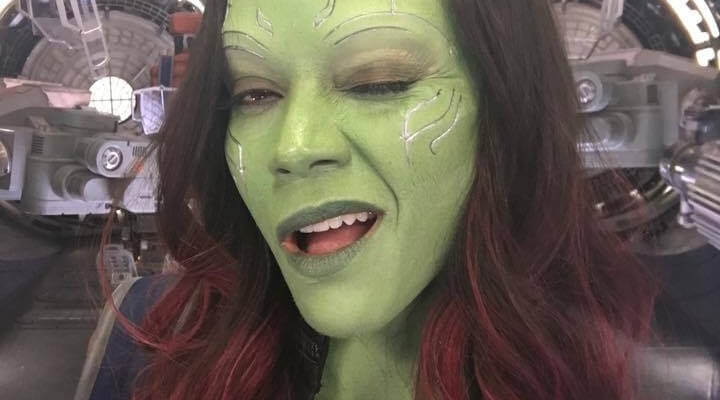 Guardians of the Galaxy star Zoe Saldana, who will be returning as Gamora in next year’s sequel, has just shared a few unofficial behind-the-scenes photos via Facebook! I mean, they’re nothing game changing, but we do get to see Saldana in full costume and makeup, and even an adorable picture of her two sons (who are not green). Volume 2 is set for release on May 5, 2017. Are you excited to take on the galaxy again? Let me know in the comments below!