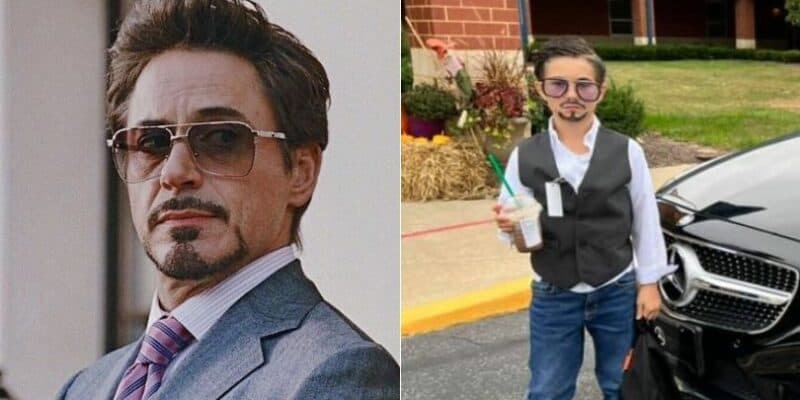 There is arguably no Marvel Avenger suaver than Tony Stark. Made famous in the Marvel Cinematic Universe by Robert Downey, Jr., the billionaire playboy has it all — from fast cars to incredible tech — hello, Iron Man arc reactor — to practically any date he wants.

And, after 11 years in the MCU — beginning with Iron Man (2008) and ending with the Infinity Saga finale, Avengers: Endgame (2019) — Stark became a true hero, sacrificing himself to help save the world from Thanos (Josh Brolin).

Thus, it’s no wonder that there are plenty of kids around the United States (and the world) who idolize Stark. Such is the case for Missouri resident, 10-year-old Evan Struckman.

Struckman decided to dress like the MCU fan-favorite for his Halloween party at school, but due to a chaotic morning at home, found himself riding the bus instead of being dropped off by his mom, Jill, like he typically is. This led to a bullying incident that Jill outlined on her Facebook page:

Got a call from Evan at school 20 minutes after he left on the bus. Apparently some kids on the bus (who weren’t even wearing costumes) told him he looked stupid. Evan got to school and immediately went to the bathroom and washed his face.
When he called he was crying and soooo hurt that He didn’t even want to stay for his party. Here’s what my little Tony Stark looks like now. We both have swollen eyes from crying and are on our way to try to find ice cream.
Kids need to understand that WORDS hurt.

Fortunately, the little boy and his mom had a heart-to-heart over Starbucks Frappuccinos and Evan ultimately decided to return to school for his party. In a post that has now been shared over 30,000 times Jill shared an update about her resilient little boy, writing:

If you’ve seen my posts this morning you know what a roller coaster it has been… I have an update that I would like to share… After going to Starbucks and talking through his feelings, Evan decided he didn’t want to miss his school party!!! So we went home redid his AWESOME makeup and matched right back into school!
He ended up getting that ride he wanted afterall. He also learned some valuable lessons today. Thanks for all the sweet words (and offers to beat up 10 year olds) lol, I do appreciate you all. #tonyisback #proudmomma

As for the real Iron Man, RDJ has said in no uncertain terms that he has “done all I could with Iron Man”, dashing any flicker of hope for his future return to the Marvel universe.

What do you think of Evan Struckman’s costume?