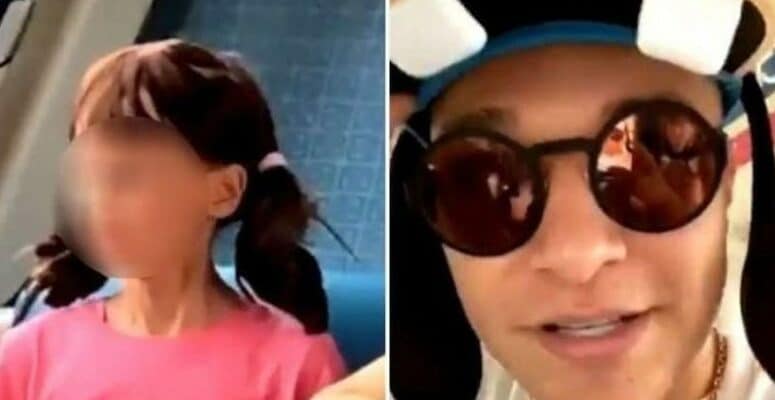 Disney fans are speaking up after a viral social media post resurfaced of a young girl being bullied by a famous Brazilian singer while at Disney. Even though the incident occurred in 2019, Disney fans have banded together recently, including MMA fighter, Justin “The Big Pygmy” Wren, in taking to social media to call out the popular singer “MC Gui” for his actions. While much focus is currently on the massive petition to fire Disney CEO, Bob Chapek, the petition to ban this celebrity for bullying is definitely worth noticing as it gains speed.

RELATED: Fans Extremely Disappointed With New Fireworks, Petition to Bring Happily Ever After Back

A petition on Change.org that was created back in 2019 is gaining several new signatures as the social media post resurfaces showing a popular Brazilian singer bullying a young girl on social media. The petition has gained so much attention that the number of signatures has thus far doubled the recent petition to fire Bob Chapek. The “Ban Brazilian Singer “MC GUI” from Disney Parks for Filming Himself Bullying Child at WDW” now has over 95,000 signatures and counting. The petition shares:

“Bullying in 2019, especially an adult bullying a young child, is absolutely not acceptable in our society, least of all at the “Most Magical Place on Earth.” There is a viral video on Instagram by a very famous singer and internet “celebrity” from Brazil who goes by the name MC Gui, real name: Guilherme Kaue Castanheira Alves, Instagram handle @mcgui recording himself on a monorail at WDW openly bullying a very young child because of their physical attributes. Standing and wearing a Goofy ball cap, he whistles and mocks the child from a distance where the child’s parents sat on unaware. He zooms in on the girl’s face and says, “It looks like a horror movie!”

According to the petition, MC Gui’s response to the social media backlash was, “And on the train I posted the girl who was [like] Boo’s character [from the Monsters SA animation], right? And I found it impressive because it was so much alike. I laughed because I had never seen it. And the internet is very boring, I didn’t bully the girl. She even saw that I was filming, her mother next door came to talk to us. I don’t speak English, but my girlfriend speaks and we just kind of made a joke. I’m at Disney, I’m on vacation. No I need to explain myself, but this is the internet we are using today.”

The petition continues with “We disagree MC Gui, as you absolutely DO need to defend yourself, and this not an apology. Just because it’s the internet does not give you to “just make a joke” AT A CHILD’S EMOTIONAL EXPENSE. Back-pedaling and saying this was not your intention is a lie, and you know it. From what we have learned, her mother spent the day trying to undo what you did to her. You are a bully with no remorse, and we will not back down from teaching you a lesson! “MC Gui” has made his “fame” by being a constant face of controversy in Brazil media, including other disgusting theme park antics, but openly recording and bullying a child at Walt Disney World is nauseatingly inhumane. All of this is a desperate attempt for hits on his social media accounts, so by signing this petition, we can ensure all Disney Park guests are protected from his viral bullying by giving him a lifetime ban from Disney Parks!”

“Disney Parks should never tolerate this deplorable behavior by a “celebrity” simply for the protection of other guests in attendance. what if next time it’s you or someone you know just trying to enjoy their family vacation? Let’s rally together and take a stand against this bully, so we can show ALL bullies they are not welcome nor permitted to ever bully any of us or our children like this at any Disney Park! Actions have consequences, and Guilherme Kaue Castanheira Alves filming himself bullying a young child at Walt Disney World deserves a lifetime ban!“

If you haven’t seen the viral video, here it is reposted by r/byebyejob on Reddit:

An update was provided to the petition when it reached 70,000 signatures stating that MC GUI had yet to issue a formal apology to the girl.

Do you think MC Gui needs a lifetime ban from Disney? Let us know in the comments.