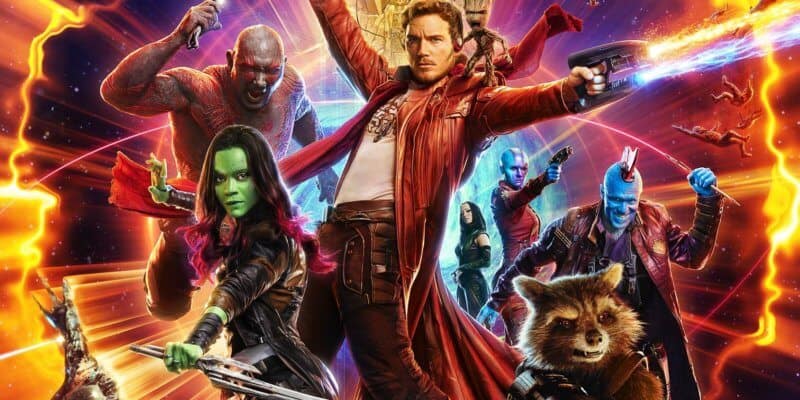 We reported yesterday on an abundance of Marvel films that will have delayed releases due to Disney revitalizing its whole release calendar. Variety reported that the delay is due to a “snowball effect”. Marvel president Kevin Fiege even spoke about the manic episode that the delays have caused to the company and fans.

However, one film’s release date did not change. A major actor took to Twitter today to share his excitement for his first day on set for Vol. 3

Chris Pratt took to Twitter to share (via the Twitter account @TeamCoco) that he is officially at work on Guardians of the Galaxy Vol. 3 (2023) and, while filming hasn’t officially started with director James Gunn, Pratt is doing some camera tests. Chris states that he is excited to be returning to the set of the Marvel saga.

The transcription and official Tweet has been posted below.

“What’s up everybody, Chris Pratt here, I’m on the set of Guardians of the Galaxy Vol. 3. This is Day One, that’s why these sick-ass mutton chops are back, pretty sweet. I’m very excited to be here…”

A special message from @prattprattpratt and his sick-ass mutton chops. Listen to him dissect his #ParksandRec character, Andy Dwyer, on this week's episode of "Parks and Recollection" with @RobLowe and @AlanYang: https://t.co/0ps1aJFd26 pic.twitter.com/wFH7PsxQrD

Chris Pratt plays Peter Quill AKA Star-Lord, and it can be expected that he will reprising the role again in the new film. James Gunn is set to return again as director for the new film. Zoe Saldana (Gamora), Dave Bautista (Drax the Destroyer), Bradley Cooper (Rocket Raccoon), Vin Diesel (Groot), Karen Gillan (Nebula), and Pom Klementieff (Mantis) are all expected to return to the new installment, as well.

The movie is still expected to be released in theaters on May 5, 2023.

Guardians of the Galaxy Vol 1 (2014) & 2 (2017) went on to become two critically acclaimed Marvel films not only due to their star-studded cast but for their immersive and electrifying storylines as well. Vol. 1 made over $773 million at the box office, and Vol. 2 made over $863 million. It seems to be a trend that each Galaxy release smashes out the previous at the box office. We are certain that this new installment will be no different.

James Gunn stated on Twitter that filming has not officially begun, despite what Pratt shared, so we’ll be sharing more updates as they arise.

“Chris is on set and we’re rehearsing and doing camera tests and stuff – so it’s his “first day” like it was my “first day” many months ago – but actual shooting is a while off. Btw, I didn’t even know about this video when I first posted this.”

Chris is on set and we're rehearsing and doing camera tests and stuff – so it's his "first day" like it was my "first day" many months ago – but actual shooting is a while off. Btw, I didn't even know about this video when I first posted this. https://t.co/afqbXCyoFf

Are you excited about the third installment of Guardians of the Galaxy? Be sure to let us know in the comments!

Comments Off on Chris Pratt Shares Excitement For “Day 1” of ‘Guardians of the Galaxy Vol. 3’