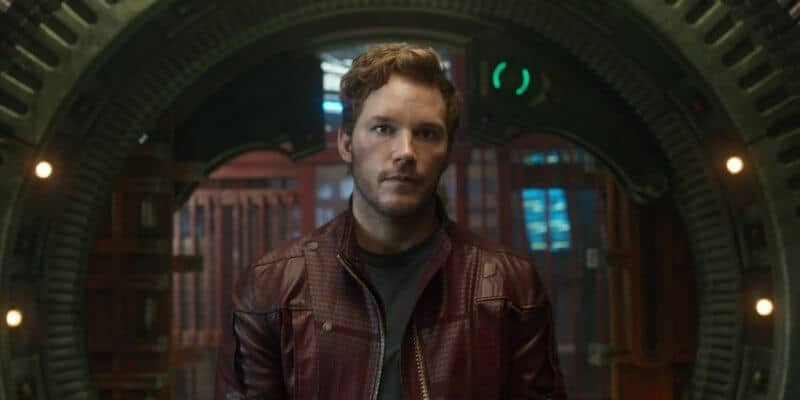 Actor Chris Pratt shocked the world when he debuted his new physique prior to filming James Gunn’s Guardians of the Galaxy (2014). Pratt gained recognition when he starred as Andy Dwyer in NBC’s Parks and Recreation before becoming a Marvel superhero, with more movies on the way. Pratt has often been a controversial figure due to his beliefs and the Hollywood star’s most recent social media post has received backlash over the language used to describe his wife and child.

From his rise to fame on Parks and Recreation to his now movie star status in Marvel films such as Guardians of the Galaxy, Guardians of the Galaxy Vol. 2 (2016), Avengers: Infinity War (2018), and Avengers: Endgame (2019), and Universal’s Jurassic World (2015), and Jurassic World: Fallen Kingdom (2018), actor Chris Pratt has become a staple part of big-budget blockbusters. He has become a notable part of the Hollywood Chris group featuring actors like Chris Evans (Captain America: Civil War), Chris Hemsworth (Thor), and Chris Pine (Wonder Woman).

Most recently, Pratt starred as Barley Lightfoot in Disney and Pixar’s Onward (2020) alongside Tom Holland (Spider-Man: Homecoming), and in The Tomorrow War (2021) on Amazon Prime Video.

However, despite his commercial success at the global box office, Pratt has often drawn negativity due to his beliefs, namely his reported attendance at the Zoe Church in Los Angeles which is affiliated with the Hillsong Church. These establishments have been deemed anti-LGBTQ+ and thus by association Pratt has been considered the same. Although, the actor has stated before that he is not anti-LGTBQ+ and that he attends a church that is open to everyone.

His split from Anna Faris (Mom, Scary Movie) was a news event in itself, and in 2018, the Marvel star began a relationship with self-help author, Katherine Schwarzenegger. The two married in June 2019, and in August last year, their daughter, Lyla Maria, was born. Pratt is known for sharing a lot of updates on his social media like announcing his filming for the Guardians of the Galaxy coaster at Walt Disney World’s EPCOT — Guardians of the Galaxy: Cosmic Rewind.

However, his latest post has drawn criticism and immense backlash after he spoke at length about his wife and child. Posting to Instagram, the actor said:

Guys. For real. Look how she’s looking at me! I mean. Find you somebody that looks at you like that!! You know!? We met in church. She’s given me an amazing life, a gorgeous healthy daughter, she chews so loudly that sometimes i put in my ear buds to drown it out, but that’s love! She helps me with everything. In return, periodically, I open a jar of pickles. That’s the trade. Her heart is pure and it belongs to me. My greatest treasure right next to my Ken Griffey Jr Upper Deck Rookie card. Which if you know, you know is saying a lot. It’s her birthday in about 6 weeks. So if I don’t get her anything, I’ll tell her to look back on this post. Love you honey.

While Pratt’s post is seemingly a love letter to his wife and child, the Marvel star has come under fire from other social media users calling his post sexist and also making a connection between his use of “healthy daughter” in relation to his other child with ex-wife, Anna Faris — his son Jack was born nine weeks premature and spent time in intensive care.

@72Tominator shared their thoughts on Twitter after Anna Faris became a top trend on the social media platform:

This is literally so gross. It reads like “my new wife gave me a *healthy* child unlike you, Anna Faris”. Anna and Jack deserve so much better.

This is literally so gross. It reads like “my new wife gave me a *healthy* child unlike you, Anna Faris.”

Anna and Jack deserve so much better. https://t.co/U2IqKmlyC8

The real political divide in America can be summed up b [sic:by] whether u think this post from Chris Pratt comes off as a) sweet and normal or b) cringe and insane

The real political divide in america can be summed up b whether u think this post from Chris Pratt comes off as a) sweet snd normal or b) Cringe and insane pic.twitter.com/Ibp0jt30Jd

Much love to Anna Faris and Jack, and a hearty middle finger to Chris Pratt. Signed, a preemie mom.

Much love to Anna Faris and Jack, and a hearty middle finger to Chris Pratt.
Signed, a preemie mom. https://t.co/xesfB7QjcB

Not only did people take to Twitter — where both Chris Pratt and Anna Faris were trending — to voice their opinions on the actor’s comments but many issued their thoughts directly on his Instagram post. Some called out his lack of mentioning his son, Jack, as well commenting on how he compared his wife to a baseball card. That being said, Katherine, her brother, Patrick Schwarzenegger, and her mother, Maria Shriver, all commented their adoration on the post.

As of yet, none of the parties involved have commented on the backlash. For Pratt, he will next star in Jurassic World: Dominion (2022) alongside Bryce Dallas Howard and Thor: Love and Thunder (2022) with Hemsworth. The actor will bring Mario to the big screen in a currently untitled Mario film, with his most recent casting being to voice cartoon cat, Garfield. He will return as Peter Quill/Star-Lord in James Gunn’s The Guardians of the Galaxy Holiday Special (2022) and Guardians of the Galaxy Vol. 3 (2023) for Marvel Studios’ Marvel Cinematic Universe.