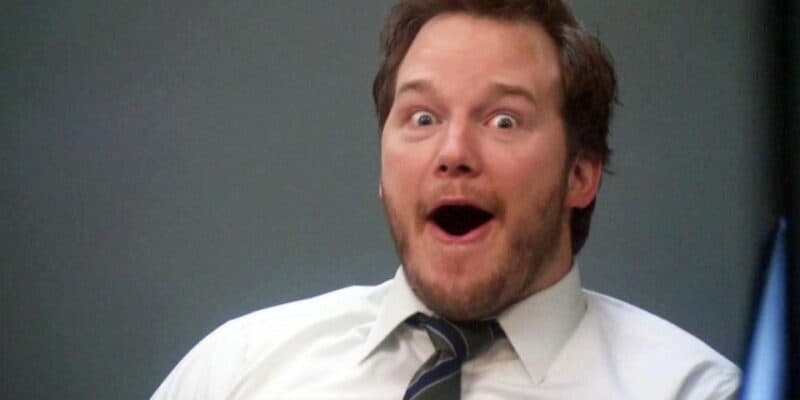 It seems Chris Pratt is currently a very popular Hollywood actor, with multiple movies on the horizon.

From Marvel Studio’s Guardians of the Galaxy Vol. 3 (2023) and Thor: Love and Thunder (2022), to the upcoming Universal Studios movie Jurassic World: Dominion (2022), Pratt is a busy star.

Now it seems the Italian plumber Mario and Garfield the Cat have something in common – they’re both going to be voiced by Chris Pratt in future animated movies.

It was recently revealed that Pratt would be starring as the titular Nintendo character in The Super Mario Bros, debuting in theaters on December 21, 2022. This all-new movie is beating created in conjunction with Illumination, which is owned by NBCUniversal, and will also star Jack Black and Keegan-Michael Key.

The news caused some backlash from fans, who believed an Italian native actor should be cast as the popular video game character.

Now, the MCU actor is set to voice legendary lasagna lover Garfield the Cat in a new animated movie by Alcon Entertainment, according to The Hollywood Reporter.

The upcoming Garfield movie will tell the story of the Monday-hating, anthropomorphized kitty made famous in a 1978 comic by Jim Davis, co-starring his human, Jon Arbuckle, and Odie the dog. The comic stip was featured in 41 newspapers and holds the record as the most widely syndicated comic strip in the world.

The new CG animated film will be written by Finding Nemo (2003) writer David Reynolds and directed by Chicken Little‘s (2005) Mark Dindal. The pair worked together previously on the beloved Disney animated movie The Emperor’s New Groove (2000).

Garfield previously appeared on the big screen in the live-action Garfield in 2004 and its sequel Garfield: A Tail of Two Kitties (2006). Both produced by 20th Century Fox, the movies now appear on Disney+ due to Disney’s acquisition of Fox back in 2019.

The titular cat was voiced by Bill Murray, who was recently revealed to be starring in Marvel’s Ant-Man and the Wasp: Quantumania (2023) alongside Paul Rudd and Evangeline Lilly.

Chris Pratt has previously voiced Emmet Brickowski in The Lego Movie franchise, as well as Barley Lightfoot in Pixar’s Onward (2020).

What do you think about Chris Pratt’s casting as Garfield? Let us know in the comments.