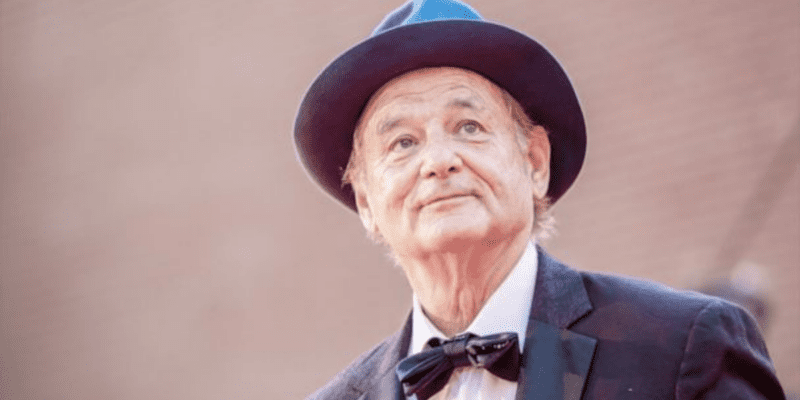 Ever since legendary actor Bill Murray revealed that he will join the Marvel Cinematic Universe, fans have been speculating on what his role in Ant-Man and the Wasp: Quantumania (2023) could possibly be. The comedy icon is set to join Paul Rudd (Scott Lang), Evangeline Lilly (Hope Pym), Michael Douglas (Hank Pym), Michelle Pfeiffer (Janet van Dyne), Kathryn Newton (Cassie Lang), and Jonathan Majors (Kang) in the Ant-Man and the Wasp sequel — but his role is a mystery.

Now Marvel fans are taking to social media and sharing their best guesses — some logical, others hilarious.

The comedy icon is beloved just as much for his early comedy movies — like Caddyshack (1980) and Ghostbusters (1984) — as he is for his latter career films — like Rushmore (1998) Lost in Translation (2003). Appearances like his puzzling turn as the voice of the eponymous orange, the lasagna-loving cat Garfield (2004), and a brief fan-favorite cameo appearance as himself in Zombieland (2009) have led fans to expect the unexpected when it comes to Murray’s varied and eccentric role choices.

Fans were excited to learn that the Saturday Night Live alum and frequent Wes Anderson collaborator would be getting in on Phase Four of the Marvel Cinematic Universe when Murray quietly confirmed Marvel Studios casting rumors to a German-language newspaper, saying he admired Ant-Man 3 director Peyton Reed,

“You know, recently I made a Marvel movie. I probably won’t tell you, but never mind. In any case, some people were quite surprised why I decided on such a project. But for me the thing was quite clear: I got to know the director [Peyton Reed] – and really liked him very much. He was funny, humble, everything you want from a director. And with the cheerleader story “Bring It On – Girls United” he made a movie years ago, which I think is damn good. So I agreed, although I’m not interested in these huge comic book adaptations as an actor otherwise.”

A prominent fan of the Marvel Multiverse, Mallrats (1995) director Kevin Smith reacted to the news with a hilarious shot-in-the-dark guess as to what Murray’s mystery role in a Marvel movie might be. On the latest episode of his podcast, Fatman Beyond, the Silent Bob actor declared to the delight of his live audience, “I’m calling it now — Bill Murray is Mephisto! We’ve been waiting for Mephisto and here he is, man!” After the laughter died down, Smith opined that Bill Murray would likely play the father of Ant-Man, Scott Lang, explaining,

“It would have to be Ant-Man’s dad. Scott’s dad. That would make a lot of sense since Paul Rudd is… I wouldn’t call him the modern-day Bill Murray, but he’s a funny guy.”

The most obvious and popular theory for Bill Murray’s role is that he will play Scott Lang’s father. Given the appropriate age difference and comedy chops of the two actors, that assessment certainly stands to reason. The actors also share the Ghostbuster connection as Paul Rudd is set to launch a direct sequel to Murray’s Ghostbusters II (1989) with the upcoming Ghostbusters: Afterlife (2021).

Fans are imagining that the Marvel Cinematic Universe is about to collide with the Bill Murray-verse. A popular tongue-in-cheek fan theory is that Bill Murray will appear in Ant-Man 3 as his Groundhog Day (1993) character, Phil Connors. While fans are joking, a character that demonstrates mastery over time would be quite the match for Kang the Conqueror and his timeline-leaping abilities. Twitter user Rob Pollock shared that the mystery was solved, quipping,

“I told my wife that Bill Murray is apparently going to be in Ant-Man & The Wasp: Quantumania. She asked “Are they going to poke fun at his role in Groundhog Day?” You guys, I think she solved it.”

I told my wife that Bill Murray is apparently going to be in Ant-Man & The Wasp: Quantumania.

She asked, “Are they going to poke fun at his role in Groundhog Day”?

You, guys. I think she solved it.

Related: There is a Secret Message in New HORRIBLE ‘Ant-Man’ Logo

Twitter user Ben shared that he believed Bill Murray would step in to help the Avengers heroes Ant-Man and the Wasp, in the same way, he stepped in to help Michael Jordan and the Tune Squad take on the Monstars in Space Jam (1996). Ben shared a perfect GIF of Murray offering his “skills” to the Tune Squad, saying,

“Ant-Man: Kang is too powerful.
Bill Murray MCU: Perhaps I could be of some assistance?”

Ant-Man: Kang is too powerful

Without a doubt, the most popular fan theory on Twitter is that the actor will play himself, just like he did in Zombieland. Apparently, Bill Murray being Bill Murray is enough. Twitter user, Thomas Manning shared,

“I really hope that Bill Murray in Ant-Man 3 is little more than a goofy, yet memorable cameo akin to what we got in Zombieland. Heck, why not just have him literally play Bill Murray again?”

I really hope that Bill Murray in Ant-Man 3 is little more than a goofy, yet memorable cameo, akin to what we got in Zombieland. Heck, why not just have him literally play Bill Murray again. pic.twitter.com/GWh0GHVIVC

If Spider-Man: No Way Home (2021) can bring Sony’s Spider-Man Universe into the MCU, anything is possible! Marvel’s Ant-Man and the Wasp: Quantumania from director Peyton Reed will hit theaters on July 28, 2023.

Who do you think Bill Murray will play in Ant-Man 3? Let us know in the comments!