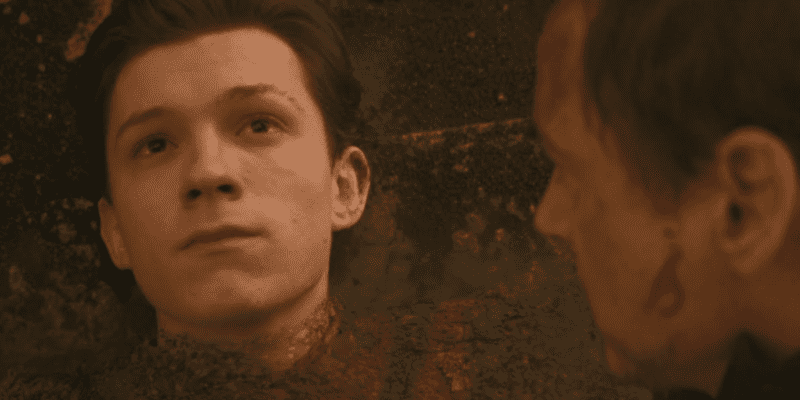 In a new interview, Spider-Man: No Way Home director Jon Watts compared his upcoming entry in the Marvel Studios and Sony Pictures Spider-Man trilogy to the grand finale of the Marvel Cinematic Universe Infinity Saga — Avengers: Endgame (2019). Watts’ comments are about the scope of No Way Home — the most hyped MCU film in recent memory. Based on the trailer and rampant rumors, No Way Home promises a Marvel Multiverse mash-up joining the MCU’s Peter Parker (Tom Holland) with the Sony Spider-Man universe.

In light of speculation that Tom Holland may be on his last legs as Spider-Man, could director John Watts’s Endgame comments signal the end of the MCU Spider-Man franchise as we know it?

When asked about the epic cast that spans not only the Multiverse but even real-life Hollywood studios, director John Watts agreed that his film was indeed ambitious, telling Empire:

The blockbuster Avengers: Endgame is widely recognized as the climax of the Infinity Saga that began with Marvel Studios’ first film Iron Man (2008). However, according to Marvel boss Kevin Feige, Spider-Man: Far From Home (2019) officially ended the Infinity Saga and propelled Marvel Studios into Phase Four. During a press tour for Far From Home, Feige explained the reasoning behind Marvel’s placement of the Homecoming (2017) sequel as the end of Phase Three:

“… the true end of the entire Infinity Saga, the final film of Phase Three, had to be Spider-Man: Far From Home, because — spoiler — we lose Tony Stark at the end of Endgame. The relationship between Peter Parker and Tony Stark is so special over the five films that Tom Holland has portrayed Spider-Man in the MCU, that we needed to see where his journey went, and see how does Spider-Man step out of the shadow of his mentor, Tony Stark, and become the true hero that he was always meant to be?”

In Far From Home, we saw Peter Parker come into his own as a hero after being duped by a surrogate mentor in Mysterio (Jake Gyllenhaal). As Marvel’s Spider-Man 3 is rumored to bring in alternate versions of Spider-Man in Andrew Garfield and Toby Maguire, it stands to reason that we see Peter Parker stepping out of the shadow of not only Tony Stark — but also Spider-Man. As Tom Holland’s Peter Parker is confronted with alternate versions of Spidey, he’ll have to come to terms with his own identity and what it means to be a Spider-Man among Spider-Men.

In the No Way Home trailer, Doctor Strange alludes to identity as a major theme of the film, with the featured line delivered by Benedict Cumberbatch, “The problem is you — trying to live two different lives. The longer you do it, the more dangerous it becomes… Be careful what you wish for, Parker.”

Tom Holland has also said that No Way Home felt very much like the end of the Homecoming franchise. Speaking to Entertainment Weekly, Holland explained how the cast approached filming the Marvel Cinematic Universe threequel, saying:

Even if Tom Holland sticks around as the wallcrawler beyond No Way Home, it likely will be in a very different capacity. With Tobey Maguire and Andrew Garfield reprising their Spider-Man roles, No Way Home has a chance to be the finale to not only the Homecoming trilogy but also the story of Peter Parker. If identity is a theme of the film, then bringing Andrew Garfield and Tobey Maguire back to reprise their roles may mean No Way Home will also serve as a grace note for the Spider-Man and Amazing Spider-Man Peter Parkers as well.

As Sony looks to expand their Spider-verse with films like Morbius (2022), Kraven (2023), and the Venom franchise starring Tom Hardy, the Marvel Cinematic Universe, and Sony’s Spider-Man Universe could begin to deemphasize Holland’s Parker, and instead turn to Miles Morales as a character to explore.

Is Spider-Man: No Way Home the “Endgame” for Tom Holland’s Peter Parker? Let us know in the comments!