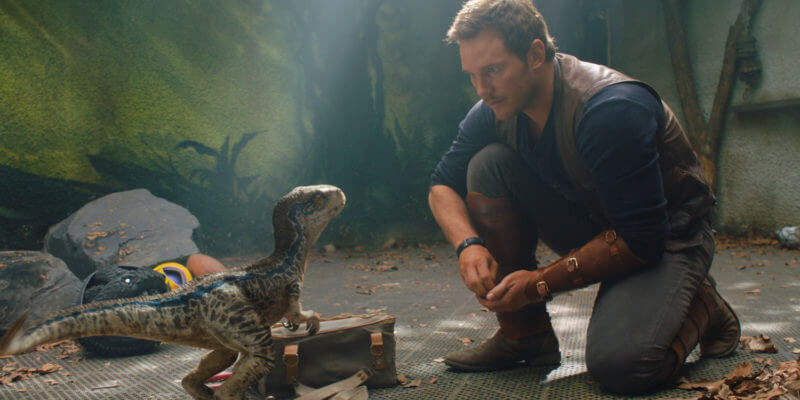 As we get closer and closer to summer 2021, the prospect of riding Universal’s Jurassic World VelociCoaster continues to become more of a reality!

Related: ‘Jurassic World’ Exhibit Animatronics Could Be Featured on VelociCoaster

As final details begin to come together and the attraction prepares to open, we can see the last immersive elements that are being put into place on the Jurassic World coaster. Recently, we got to hear that audio was added to the VelociCoaster, with dinosaur sounds coming to a roar, and now, it seems that Universal Orlando Resort has added a new layer to the sounds that Guests will hear when riding the coaster.

If you do not know, VelociCoaster is themed after the Jurassic World IP, and Owen Grady (Chris Pratt) will be featured in the coaster. That being said, we were not sure how he would be involved. If we take a look at other new attractions in the Wizarding World of Harry Potter, we typically hear the characters from the film in the preshow, and often, their voices return within the attraction. We also know that the Jurassic World stars are featured in the newly rethemed attraction at Universal Studios Hollywood.

Well, it seems that Owen Grady will be with us on our raptor run! Orlando Informer (@OrlandoInformer) posted to Twitter to show off the new first launch sound effects. In the video, we can hear Chris Pratt speaking as his character Owen Grady, and although it sounds muffled from outside the paddock, it sounds like he is telling riders to get ready to launch.

To add to the excitement, we can also hear the raptor screams, and even listening at home it is easy to imagine how immersive this coaster is going to feel.

As we mentioned, the VelociCoaster will not officially open until summer 2021, and at the moment, we do not know an exact opening day. That being said, Universal continues to build the hype around the new coaster at Islands of Adventure at Universal Orlando Resort, consistently teasing that the opening date will be released any day now.

Stay tuned to Inside the Magic as we continue to get the latest information on Universal’s VelociCoaster!

Do you think the Jurassic World characters will be a big part of the story on this coaster?

Comments Off on Hear Chris Pratt at Universal’s VelociCoaster!