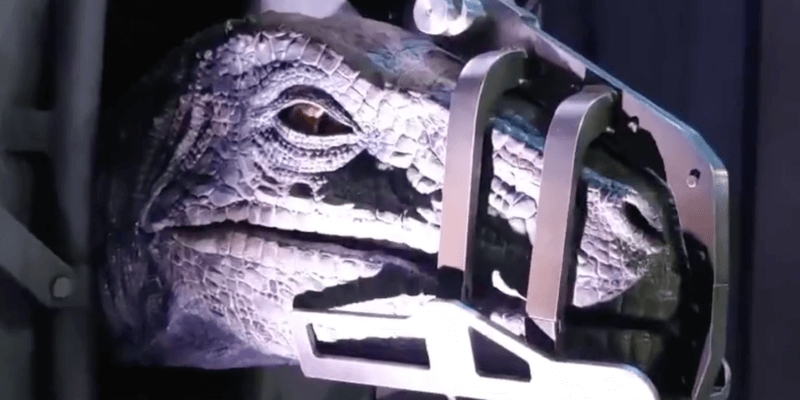 If you have been on any Wizarding World of Harry Potter attraction at Universal Orlando Resort, you likely know how immersive the Universal Creative Team can get when it comes to not only their attractions but queues as well. Harry Potter and the Forbidden Journey allows Guests to travel through Hogwarts, and it is jaw-droppingly accurate to the Harry Potter films. Considering these high wait time attractions will have Guests standing around for quite some time, it is important to ensure that while in the queue, Guests are being immersed in the storyline of the attraction.

Now, Universal is coming out with VelociCoaster, a Jurassic World IP roller coaster that is set to be Universals most thrilling storytelling coaster yet. Having been on Hagrid’s Magical Creatures Motorbike Adventure, more immersion on a coaster seems impossible, but as a Guest, I cannot wait to see Universal blow my mind.

The Jurassic coaster is going to take us to prehistoric times when we get to join Owen Gracy (Chris Pratt) and enter a raptor paddock to go on a raptor run with Blue, and the rest of the dino gang. That being said, these raptors are carnivorous and highly dangerous, and from what we have seen on the exterior of the coaster from the jagged rock work, to velociraptors being around every turn it seems that Universal is definitely going to instill fear with the coaster.

There is a section we have yet been able to see, and that is the queue. The queue of this attraction is where a lot of the immersion and storytelling will likely come from since the coaster primarily takes place outdoors. The queue, therefore, will need to set up the journey for riders to embark on.

Although Universal has released very little on what to expect in the attraction queue, we are able to speculate. Cityneon Holdings is currently holding a Jurassic World: The Movie Exhibition right now in Guangzhou, China. In that exhibit, we can see that there has been animatronics created, that would seemingly fit perfectly in the VelociCoaster queue.

Below, we can see a raptor that has blue streaks like those in the film, as well as the stationary dinosaur statues that are already in place on the attraction. The raptor’s head sticks out of a paddock, in which VelociCoaster ironically takes place, and is locked up. If you watch the video, you can see that the animatronic is insanely life-like and would be a great showpiece in the attraction queue.

It would be pretty cool to see Universal step away from screens from pre-show setups and create an animatronic pre-show to really immerse riders in the Jurassic World environment. The exhibition also has a dinosaur battle, that would look pretty epic to see before boarding the coaster.

Watch the ultimate battle between Carnotaurus and T-Rex unfold right in front of your eyes in this amazing showcase of lights, sounds and animatronics from Jurassic World: The Movie Exhibition that is happening right now in Guangzhou, China!

Watch the ultimate battle between Carnotaurus and T-Rex unfold right in front of your eyes in this amazing showcase of lights, sounds and animatronics from Jurassic World: The Movie Exhibition that is happening right now in Guangzhou, China! pic.twitter.com/Rd6oEgpMer

However, if Universal does go down the animatronic route, we would likely see more velociraptors, as opposed to other dinosaurs, as well as more characters from the film. Lately, Universal is really beginning to hype up the coaster, so many fans are crossing their fingers for an opening date to be released shortly.

Cityneon Holdings has also teamed up with Disney in the past to being Marvel Avengers S.T.A.T.I.O.N. across the globe.

All of this being said, Universal has not confirmed that any of the exhibition technology will be seen in the attraction, although, this reporter definitely hopes so.

Stay tuned to Inside the Magic as we continue to update you on all things VelociCoaster!

Do you think that these animatronic will be seen in the VelociCoaster queue?