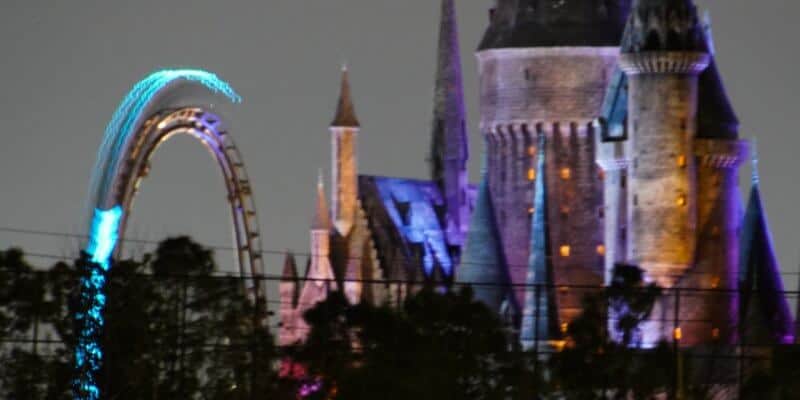 Universal Orlando’s Twitter account is often used to troll fans, and lately, they have been doing so by heavily teasing VelociCoaster. Jurassic World VelociCoaster is the newest thrill-seeking attraction that is set to debut at Universal’s Islands of Adventure in summer 2021. That being said, Universal Guests’ patience is starting to run thin as many of us are craving an official opening date so that we can start our countdowns! Universal knows this and is definitely playing up their tease game.

Universal continuously keeps noting that information regarding an opening date for VelociCoaster is coming soon, but that is all we know. Most recently Universal’s Twitter (@UniversalORL) Tweeted, “Reply with your BEST VelociCoaster photo” to which fans flooded their account with stunning photos of the coaster. Of course, that was all done to continue building the hype of the VelociCoaster.

One Universal fan had a cheeky response and Tweeted:

But, Universal did one better, and responded with, “May 32nd”.

Of course, that day does not actually exist, but, interestingly, Universal chose May as the month for their “fake” opening day. Perhaps this was all done at random, or, it may be an Easter egg (er, raptor egg*) for Universal fans trying to crack the opening day code.

To continue getting Guests excited to one day ride the dinosaur roller coaster, Universal has now also dropped wallpapers for VelociCoaster. It is interesting to see that the raptor egg got its very own wallpaper. The highlight of the eggs does point towards a hatching egg being a relevant part of the coasters’ storyline. This is something we have speculated in the past with a hatched egg added to the rock work of the attraction, but a detailed storyline is yet to be confirmed by Universal.

Become a part of the pack with these exclusive #VelociCoaster wallpapers.

Most recently, we saw that fire was added to the Jurassic coaster entrance. Click here to learn more.

Stay tuned to Inside the Magic as we continue to track the opening of VelociCoaster! 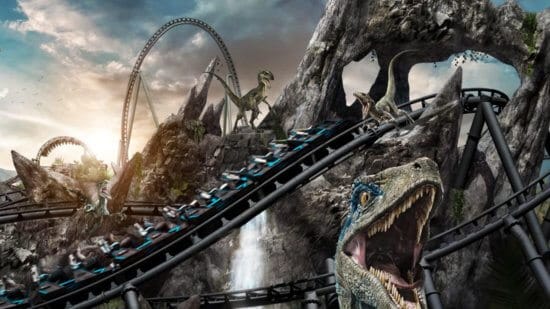 When do you think VelociCoaster will open at Universal Orlando Resort?

If you want to be one of the first to ride VelociCoaster, you should look into booking a Universal Orlando vacation! With Universal Studios Florida, Islands of Adventure, Volcano Bay, and CityWalk all available for guests to enjoy on Universal parks property, there is something for everyone! Click here to let the adventure begin today!

Comments Off on Universal Teases Guests About Velocicoaster Opening (Again)