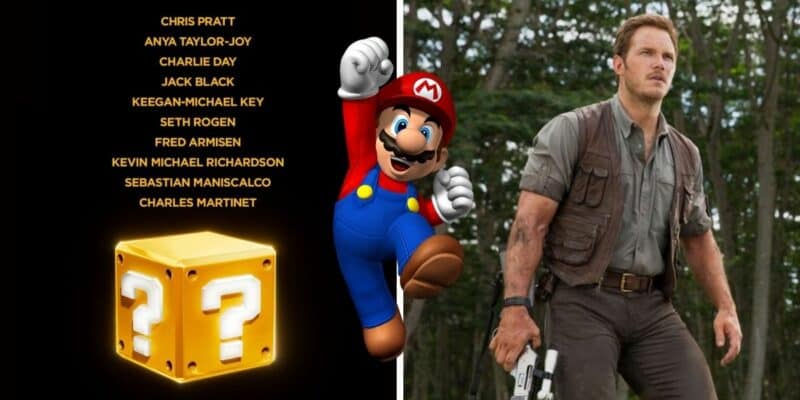 Nintendo has just announced the all-star cast that will be featured in the new, The Super Mario Bros. animated film. This all-new movie is beating created in conjunction with Illumination which is owned by NBCUniversal.

Illuminations is well known for its films such as Despicable Me, Minions, Sing, and The Secret Life of Pets.

Nintendo announced the voice cast for the film on all of its social media platforms. Chris Pratt will take the film’s lead as everyone’s favorite plumber, Mario. Plenty of other fan-favorite Mario characters will be included in the film, you can see the full announced list below:

The Super Mario Bros. Animated Film is heading to theaters in North America on 12/21/22!

Check out the voice cast for the upcoming movie 👇

This film is in conjunction with Illumination, which is the animation studio owned by NBCUniversal. It seems that Nintendo and NBCUniversal continue to strengthen their relationship beyond the theme parks.

Perhaps The Super Mario Bros. will feature some callouts to Super Nintendo World? We will just have to wait and see!

Let us know if you are excited for The Super Mario Bros. to hit theaters next holiday season in the comments!

Comments Off on Chris Pratt Will Voice Mario in New ‘The Super Mario Bros.’ Movie