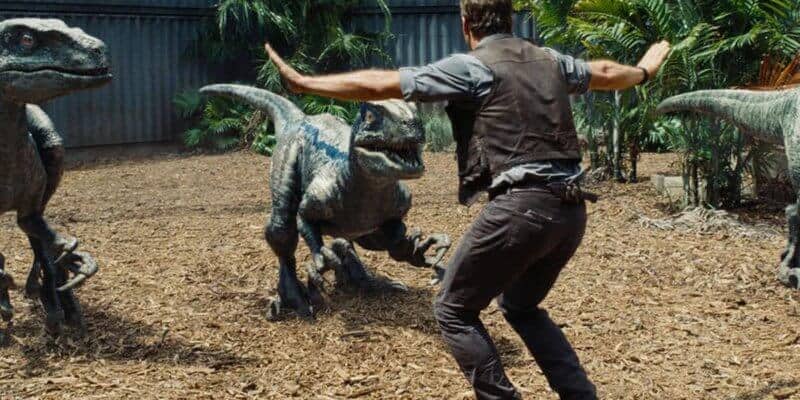 Jurassic World (2015) has taken the world by storm by introducing a whole new generation to the beloved movie trilogy of the ‘90s and early 2000s, Jurassic Park.

Jurassic World was so popular that Universal Studios Hollywood completely revamped their Jurassic Park: The Ride boat ride and themed it to the new films. At Universal Orlando Resort, a brand new high-speed, launch coaster entitled Jurassic World: VelociCoaster opened just this year in support of the new saga of dinosaur films.

Fans of the prehistoric films will be glad to know that original stars from the Jurassic Park trilogy have been cast to return for Jurassic World: Dominion, which will be released in 2022. Jeff Goldblum (played Ian Malcolm), Sam Niel (played Alan Grant), and Laura Dern (played Ellie Sattler) will all be returning for the new film. This made Jurassic Park fans explode in excitement to know that the blending of the old and new will finally be happening on screen.

However, fans are still wondering if Ariana Richards, who played Lex Murphy and starred in the iconic velociraptor kitchen scene of Jurassic Park (and throughout the whole film, of course), will be reprising her role as an adult in the upcoming Jurassic World movie.

Ariana appeared on the Celebrity Catch Up podcast where she spoke about how incredible it was to work on such a groundbreaking and legendary film. She reminisced on working on the set with her co-stars and being under the direction of the iconic Stephen Spielberg, whose artistry can be felt and seen at both Universal resorts. (He was not too pleased about his beloved Jaws being removed, though). However, she could not speak on Jurassic World: Dominion, and the reason is not certain. As of right now, it is not known whether she does not want to release any spoilers or if she can not legally say anything due to the film being in production.

Fans can expect to see a bunch of dinosaur action and Chris Pratt reprising his role in the upcoming film. With some OG stars expected to return for the new film, fans can absolutely expect another major blockbuster for the dinosaur franchise. Jurassic World: Dominion will not be hitting theaters until June 10, 2022.

In the meantime, franchise fans have plenty of opportunities to bask in Jurassic glory until that time is here. We previously reported on Universal Studios Beijing announcing their own version of a Jurassic World ride, similar to the attraction that debuted at Universal Studios Hollywood on July 12, 2019. If fans want to experience what it’s like to be chased by velociraptors in Jurassic World, they have to make their way to Universal Orlando Resort where they will be able to experience the VelociCoaster, which features two launches and drops and turns that will make even the biggest thrill seekers ready to scream.

Are you excited for Jurassic World: Dominion? Be sure to let us know in the comments!

Comments Off on Is Another Original ‘Jurassic Park’ Star Returning For ‘Jurassic World: Dominion’?