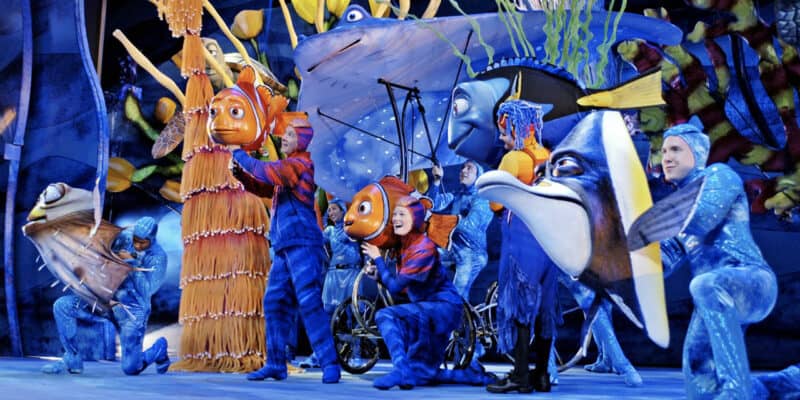 Disney has announced that a brand-new, reimagined Finding Nemo-themed musical will be coming to Disney’s Animal Kingdom. This news comes after many of the actors from Finding Nemo — The Musical spoke out about their time with the show coming to an end.

Finding Nemo — The Musical has been entertaining Guests since 2007, but in 2022, a brand-new and reimagined version of the show will debut in Disney’s Animal Kingdom. Per Disney Parks Blog:

When my twin boys were little, “Nemo” was one of their first words. They loved the movie, and seeing it come to life at Disney’s Animal Kingdom would always put grins on their faces and a tear in my eye. “Finding Nemo — The Musical” has been delighting our guests since 2007, and I’m excited to tell you a reimagined show, based on the same beloved characters, will debut in 2022.

Stay tuned to Disney Parks Blog for updates on this new show as we get closer to its debut next year.

Though we do not have many other details as the show is still in the early stages, we can’t wait to see what Disney has in store, and, as always, Inside the Magic will update you as we get more information.

This news comes after Disney announced they will continue to bring back more entertainment in the future after the unfortunate layoffs that took place last year due to the ongoing pandemic. We have already seen the return of Beauty and the Beast – Live on Stage, The Festival of the Lion King — currently operating as a slightly modified version and called A Celebration of the Festival of the Lion King — at Disney’s Animal Kingdom as well as For the First Time in Forever: A Frozen Sing-Along Celebration at Disney’s Hollywood Studios.

When the new reimagined version of Finding Nemo — The Musical debuts, it will be just another step in bringing back more entertainment at Walt Disney World.

Are you excited to see a reimagined version of Finding Nemo — The Musical coming to Disney’s Animal Kingdom next year? Let us know in the comments below.