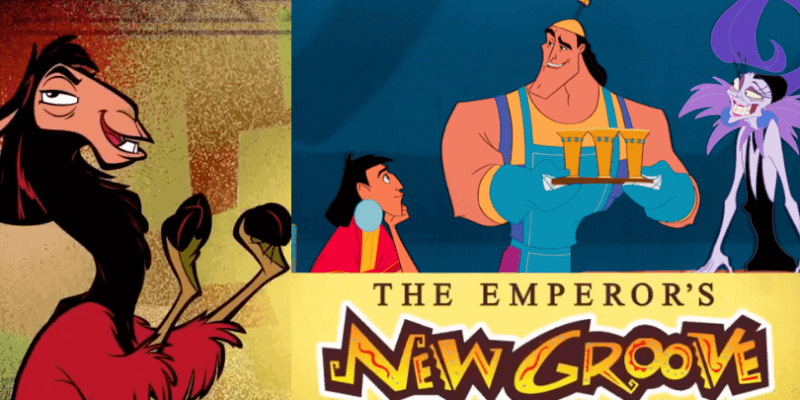 The Emperor’s New Groove is one of my absolute favorite Disney films from childhood. It’s full of comedy, adventure and bold pops of artistic color and animation set in an Inca Empire.

As all the Disney “greats” do — this film teaches a strong lesson about doing the right thing and building lasting friendships. Even between the most unlikely pair — Pacha and Emperor Kuzco — voiced by John Goodman and David Spade.

Despite it being nominated for an Academy Award — this Walt Disney Pictures film is repeatedly forgotten about, especially when it comes to attractions and merchandise in the Disney parks. It also seems to be incredibly underrated in pop culture, though it contains all of the nostalgic and lovable elements of any other classic Disney film.
For those of you who like me, feel that this movie deserves more recognition — we’ve got you covered. D23 recently released a fun short video listing out 5 unique trivia facts about the film that are little known to even the most loyal Disney fan. Once you hear these, you’ll definitely be rushing to switch on Disney+ and watch The Emperor’s New Groove again!

Which one of these Emperor’s New Groove fun facts is your favorite?